Manchester City will move for Leeds United winger Raphinha if Raheem Sterling departs this summer, according to Don Balon.

Sterling has been on the peripheral at times this campaign, with Pep Guardiola not trusting the Englishman to start either of City’s Champions League semi-final clashes with Paris Saint-Germain.

While at times under Guardiola he has been decisive and effective, Sterling has been dithering and wasteful at times this season. He’s fallen below the standards he’s set for himself.

Don Balon believe that it’s not out of the question that Sterling will leave this summer, and if he does, Leeds United sensation Raphinha could be his replacement at the Etihad. 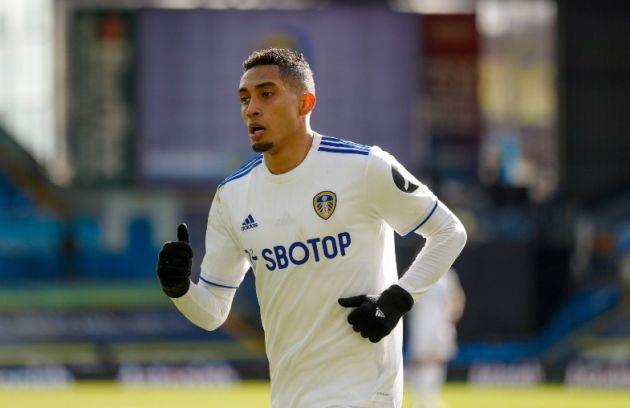 Raphinha has shone for Leeds United this season.

In terms of playing style, he’s more Riyad Mahrez than he is Raheem Sterling, but considering how decisive the Algerian was over two legs against PSG, having two Mahrez’s would be a gift.

There’s no mention in Don Balon’s report how much City would have to pay to get Raphinha through the door, but considering his importance to Leeds, it’s hard to imagine him moving on the cheap.