Three years ago, Arsenal fans were already being warned to be careful what they wished for.

Arsene Wenger was being handed his big goodbye, forced upon him in the end by a fan-base seemingly unhappy with what the Gunners had become under the Frenchman.

After 22 years, maybe it was time for him to go, but the manner in which it came about left a sour taste in the mouth.

Unai Emery, a coach with an enviable record, took his place, but he too was hounded out of the job before he’d even had a chance to get his feet under the table. 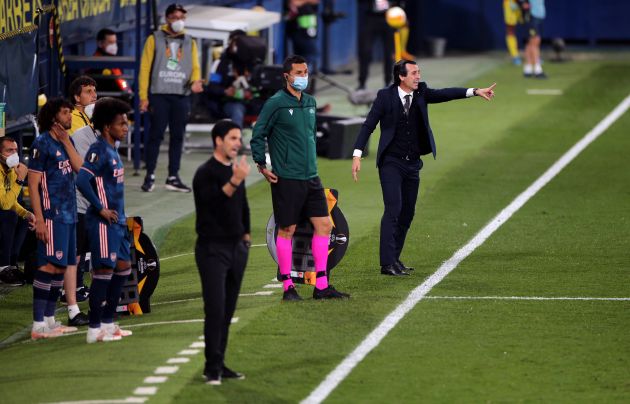 Now history is repeating itself for a third time as the north London faithful take to social media, phone-in shows and the like, demanding that the Gunners sack Mikel Arteta.

It’s true that this season Arsenal haven’t performed at the level expected for an extended period, but in the same way as he wasn’t the best coach when winning the FA Cup final, neither is he the worst now.

This knee-jerk reaction when a few results don’t go your way is unhelpful at best.

Arteta should be given another season – at the very least – within which to work, and continue to would the team as he would like.

Supporters pay their hard-earned to entitle them to an opinion, granted. That doesn’t mean they can or should embark on a witch-hunt every couple of seasons, however.