Inter Milan striker Lautaro Martinez has rejected Manchester City in favour of remaining at Inter Milan, according to Todo Fichajes.

Inter have achieved something quite remarkable this campaign, having ended Juventus’ period of dominance by winning the Serie A title under the stewardship of Antonio Conte.

Lautaro Martinez has been a key figure in the Milan giants’ title triumph, which as Todo Fichajes report, attracted interest from Premier League champions-elect Man City. 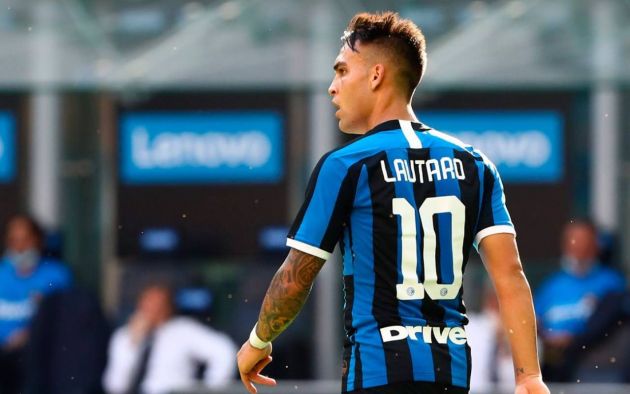 Lautaro Martinez is reportedly a transfer target for Manchester City.

The prospect of playing at Man City under Pep Guardiola must be a tempting proposal for any player, but as per Todo Fichajes, Lautaro Martinez has decided to reject a move to the Etihad.

Instead, the Argentine will be putting pen to paper on an extension to his contract, which will see him stay at Inter Milan until 2024, barring any unforeseen transfer move.

Inter have been superb this term, but they face a fight this summer to keep their squad together and build ahead of next season. Keeping Lautaro is a step in the right direction.