Leicester City centre-back Jonny Evans faces a race against time to be fit for the FA Cup final after getting injured in the warm-up ahead of last night’s clash with Newcastle United.

Evans has been the star performer at centre-back under Brendan Rodgers, with the former Manchester United man’s influence having considerable influence in the Foxes’ efforts to qualify for the Champions League.

However, just when Leicester City were on the verge of something special (again), Evans has got himself injured. He was forced to pull out of last night’s game at the eleventh hour, with Leicester then losing 4-2.

MORE: Leicester ahead of Juventus and Inter in race for one of European football’s hottest properties 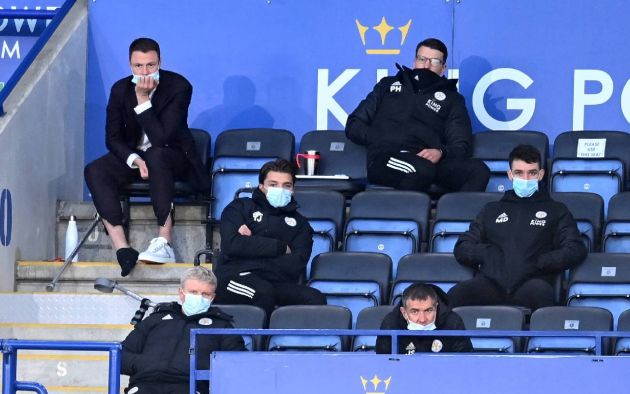 Leicester City defender Jonny Evans watches on from the stands after picking up an injury.

Leicester’s defensive fragility without Evans will have had rival fans licking their lips, especially Chelsea, with The Sun reporting that Evans could now miss the FA Cup final, having been left on crutches.

Even the most avid Chelsea fan would not dare wish injury upon a footballer, especially ahead of an FA Cup final, but it cannot be stressed enough how much of a blow Evans’ absence would be to Leicester, should he not make it.