Gianluigi Donnarumma, who has been linked with a move to Chelsea, has reportedly snubbed two contract offers from AC Milan.

As reported by Transfermarkt, Donnarumma’s contract with Milan is due to expire at the end of the season.

World-class goalkeepers are hard to come by, and any potential Donnarumma suitors have the chance of signing one without paying a penny.

As is noted by the Express, Chelsea are thought to be in the running for the Italy international, that is despite Edouard Mendy’s superb debut campaign at Stamford Bridge to date. 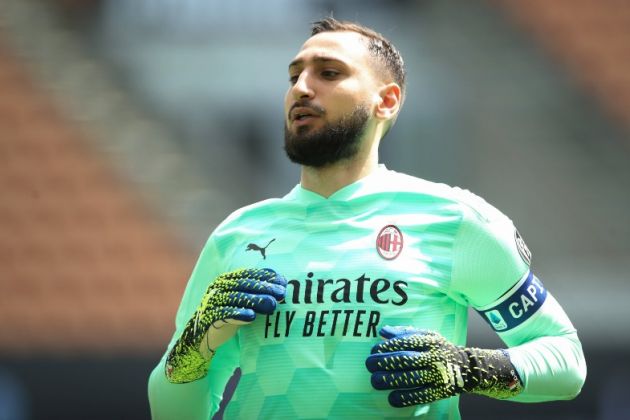 Gianluigi Donnarumma is being linked with Chelsea.

If that is indeed the case, and Chelsea want to sign Donnarumma, they’ll be offered great encouragement by the fact that Calciomercato report he has now snubbed two separate contract offers which have been tabled by Milan.

Whether Donnarumma is just looking to get the best possible contractual terms, or he is genuinely looking to leave the San Siro, remains to be seen, but as things stand, he will be a free agent in less than two months.

Click here for more of the latest Chelsea news.