West Ham star Declan Rice has given Manchester United hope of signing him in the near future as he’s made it clear he wants to be playing in the Champions League.

The England international has been in superb form this season, helping the Hammers to battle for a top four spot, though it remains to be seen if they’ll have quite enough in them to get over the line in the final games of the campaign.

Rice is surely good enough to be playing at the very highest level, and his immense form has recently seen him linked as a target for Man Utd, while West Ham would likely ask for around £80million for him, according to the Sun.

That seems a decent price to pay for this young player with a big future, and it could be that he’ll be angling for a move away from West Ham if they don’t quite manage to seal Champions League qualification.

“To have that Champions League music playing, that’s where I want to be,” Rice told BBC’s MOTDx, as quoted by the Daily Mirror.

“It’s special, I can’t really describe it to be honest. As a kid it’s your dream, first of all to play in the Premier League, but to be competing for the Champions League [as well]. 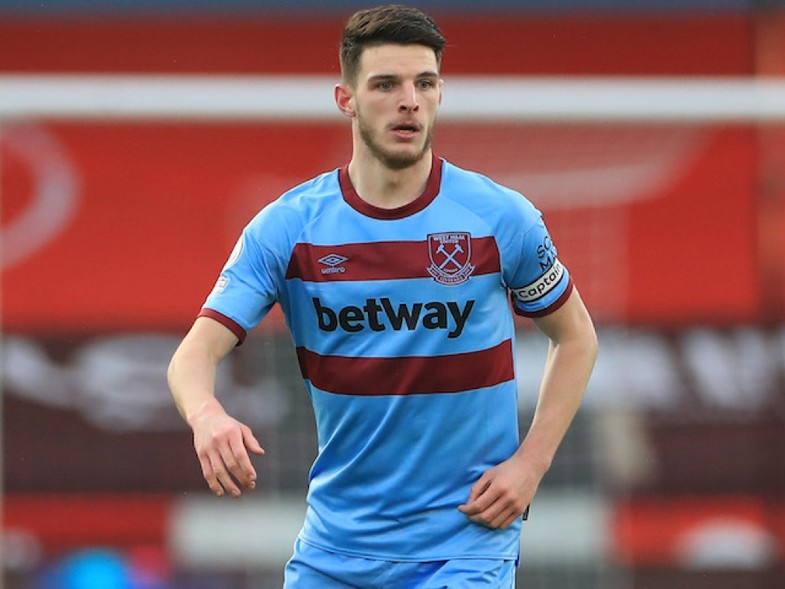 Declan Rice wants to play in the Champions League

“You know West Ham, people say (we’re) a mid-table club and last three seasons we’ve been battling relegation. But this, what we’re doing now, has always been there. It was just about when. We’re on fire.

“We’re on course to have West Ham’s best ever season in the Premier League. That in itself is an achievement. There’s a great chance that we are going to get some sort of European spot.”