Manchester United manager Ole Gunnar Solskjaer has dropped a major hint that Edinson Cavani will be signing a contract extension with the club.

Cavani was acquired by Man United in the summer transfer window, with the Uruguayan having left Paris Saint-Germain on a free transfer.

The Red Devils did well to pick up one of the world’s finest goal-scorers without paying a penny, and it’s proven to be a masterstroke.

In recent weeks, in the business end of the season, Cavani has stepped up. The 34-year-old has eight goals in his last seven games. 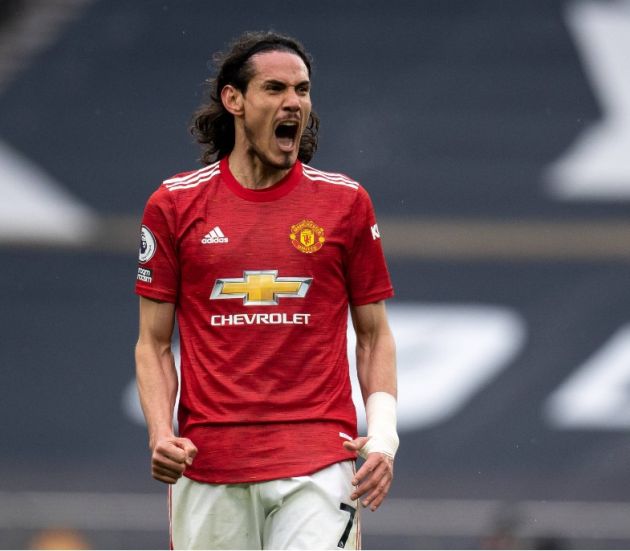 Edinson Cavani has been on fire for Manchester United in recent weeks.

You get the impression that Ole Gunnar Solskjaer would be reluctant to lose him this summer, and by the sound of things, he won’t.

Speaking in wake of Man United’s 3-1 victory over Aston Villa, during which Cavani scored again, Solskjaer appeared to let the cat out the bag.

?? “Hopefully we can use him more next season”

The Red Devils boss suggested that he could get more use out of Cavani next season, even though he is currently only contracted until June.

An extension to Cavani’s contract looks as though it’s now only a matter of time.