Arsenal winger Willian has scored his very first goal for the club on his 37th appearance, securing their victory over now relegated West Brom.

The Gunners bounced back emphatically from their Europa League exit with two quick-fire first-half goals from Emile Smith Rowe and Nicolas Pepe.

West Brom, staring down the barrel, knowing that defeat would seal their relegation back to the Championship, rallied, with Matheus Pereira halving the deficit to set up a nervy ending for Mikel Arteta.

However, Willian added the icing to the cake with his first ever goal for Arsenal to secure them a victory which would take them up to ninth in the Premier League table. 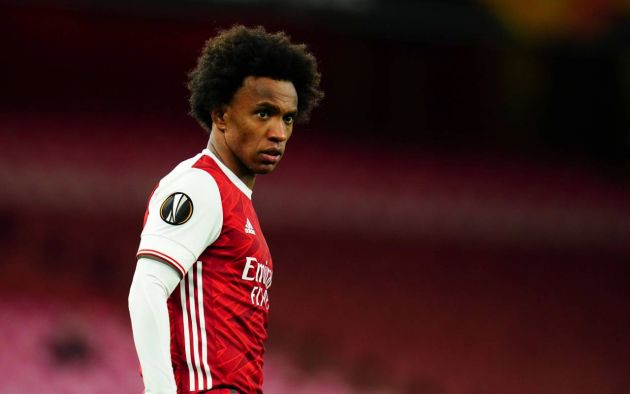 Willian failed to score in any of his first 37 games for Arsenal.

Willian, who hasn’t been able to produce anything like his best performance level since moving to the Emirates, has popped up with an absolute beauty, just when everyone counted him out.

This is the former Chelsea man at his very best – what a peach.

His FIRST goal for Arsenal, a wonderful free-kick ?