The Belgium international could be seen laughing and joking with a few of his old team-mates after the game had ended, and Chadwick admits he found it a surprising reaction considering it was one of the biggest games of his Real Madrid career.

Hazard was of course a star player at Chelsea for many years and will no doubt still have a lot of affection for his old club and the players he knew from his time there, but Chadwick also expressed doubts over whether he would have behaved this way if there had been fans in the stadium.

“The world’s changed, the game’s changed, it does seem like it maybe doesn’t mean quite as much as it did,” Chadwick told CaughtOffside. “I’m going to sound like an old sod, but I don’t think you’d ever see that 15 or 20 years ago.

“It meant everything to win those games, but now the financial rewards are huge – I’m not saying Eden Hazard is purely motivated by financial gain, he’s a wonderful player – but getting beaten by your former club and missing out on a Champions League final, that’s not the sort of reaction his club or fans would want to see.

“I can’t imagine that would’ve happened if the stadium was full up and it does seem to have taken the edge off football having fans out of stadiums. It’s disappointing to see that because, as a fan watching, you want to think it means everything to the players.

“It was a strange reaction to losing one of the biggest games he’s played for Real Madrid.” 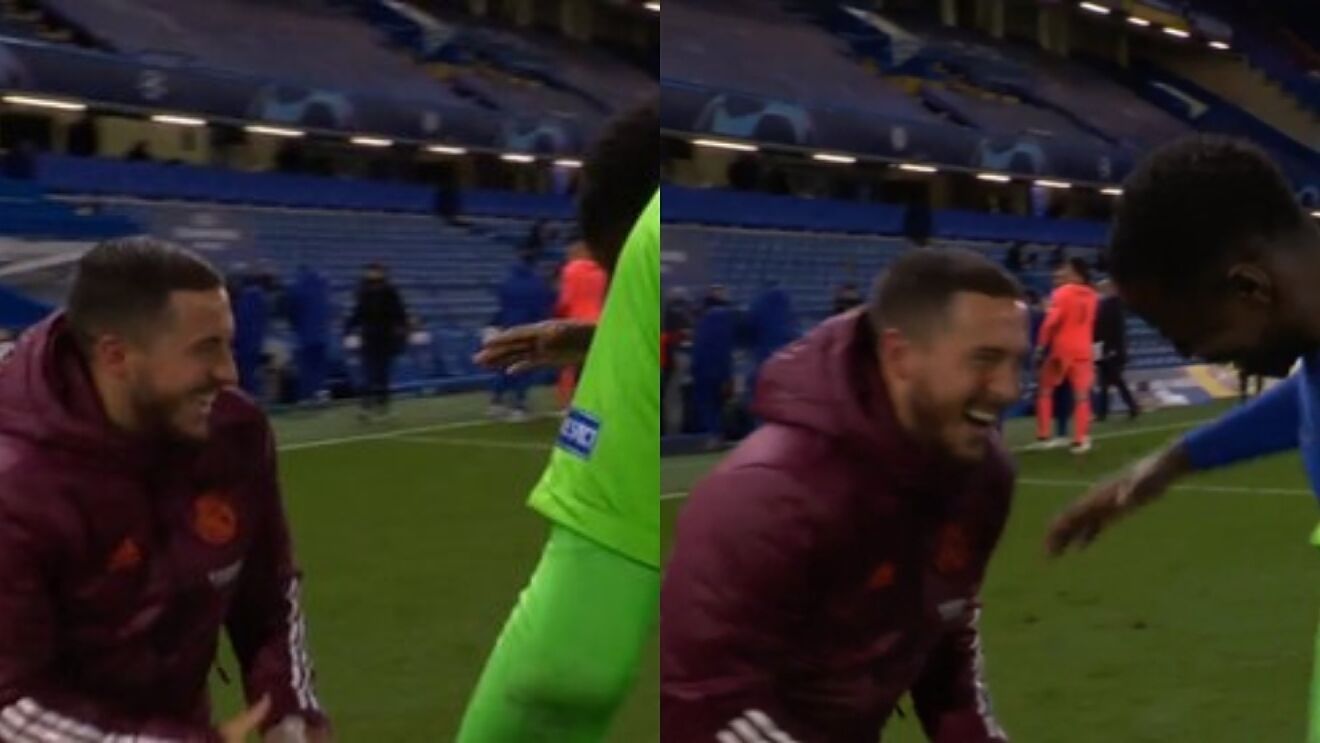 Chadwick also named Manchester City as the favourites to beat Chelsea in the Champions League final, though he did have plenty of praise for Thomas Tuchel’s side as well.

The Blues have been in superb form since Tuchel replaced Frank Lampard as manager, and Chadwick expects they have it in them to spoil the party for City, even if he rates the Premier League leaders as the better team on paper.

“I think Man City are the favourites considering the squad they’ve got, but Thomas Tuchel seems to have worked them out to a certain extent,” Chadwick said. “He got two really good results against them with a late goal at the weekend and that FA Cup semi-final win against them.

“When Tuchel came in I think some people were a bit surprised, but he’s given Chelsea a whole new dimension. They’re not always brilliant to watch but they get results. Tuchel’s very intelligent with the way he moves his squad around.

“The Champions League is the one that’s been missing for Manchester City and I wouldn’t be surprised if Tuchel and Chelsea ruined the party to a certain extent. It will be an interesting tactical battle but I’m sure Chelsea will go into it full of confidence considering the last couple of results they’ve had against City.

“But if you look at the teams on paper I think you’d make City the favourites.”