READ MORE: ‘Always wanted him to stay’ – Solskjaer delighted as Cavani puts pen to paper for another year with Man United

The Spanish shot-stopper has uploaded a Japanese cartoon of a character trapped behind barbed wire. Fans have been left wondering what the message could really mean. 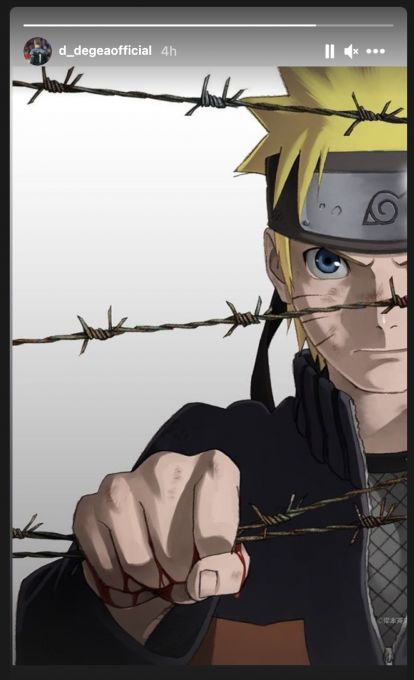 The keeper’s post comes at a time when his place among United’s team is uncertain.

Following the emergence of young English keeper Dean Henderson, De Gea has seen his once nailed down number one starting spot come under severe threat.

Relegated mostly to cup appearances, there are growing suggestions that the Spain international could now be Ole Gunnar Solskjaer’s second-choice goalkeeper.

De Gea joined United a decade ago after he made a whopping £22.5m switch from Atletico Madrid.

Since then, he has gone on to make 438 club appearances, in all competitions, however, in light of Henderson’s impressive form, fans have been left wondering if De Gea will reach the 500 mark.

A photo that speaks a thousand words. This guy has sacrificed both his sweat and blood for us!