What a tumultuous 18 months it’s been for Barcelona, and the headlines just keep coming for the Catalan club.

On the pitch, things went from bad to worse, then much better and now, at the business end, Ronald Koeman just can’t seem to get his side over the line in the big games.

Though a league title still isn’t impossible, it’s unlikely given that it would require Real Madrid to draw one of their remaining three games, Atletico Madrid to lose at least one, and Barca to win all three of theirs.

Off the pitch, there’s barely been a dull moment either, with the latest news that Ousmane Dembele intends to leave the club on a free transfer coming at the worst possible time. 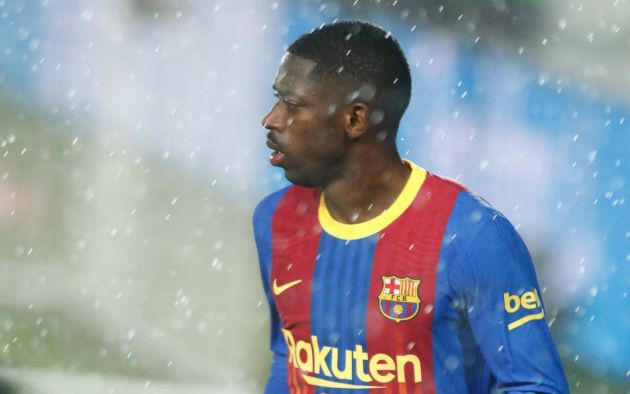 The Frenchman has been an injury-prone liability for much of his time at the club, and has only really shown flashes of his brilliance, particularly this season.

Given the outlay made by the club in the first instance, however, the news from Deportes Cuatro cited by Football Espana is hardly likely to endear him to Joan Laporta and his paymasters.

The outlet notes that Dembele won’t renew his contract this summer, nor will he accept being sold by the club, preferring to leave for nothing in a year’s time.

That’s thanks for you!