Football.London have dealt a heartbreaking blow to Arsenal supporters with their investigation into the rumours claiming wonderkid Eduardo Camavinga is a priority summer target for the Gunners.

Suggestions that the North London outfit were working behind the scenes to snatch Camavinga ahead of rivals like Manchester United and Chelsea appear to be wide of the mark though.

Football.London have spoken to a source that is close to the 18-year-old, who has branded Arsenal’s plan for the transfer as ‘absolute rubbish’.

Camavinga broke into Rennes’ first-team at the end of the 18/19 season and hasn’t looked back since, he’s quickly become a key player, helping the side to a remarkable third-place finish last term.

The box-to-midfielder is undoubtedly one of the most sought-after Under-23s players in the world, he’s already made 80 first-team appearances for Rennes and won three senior caps for France. 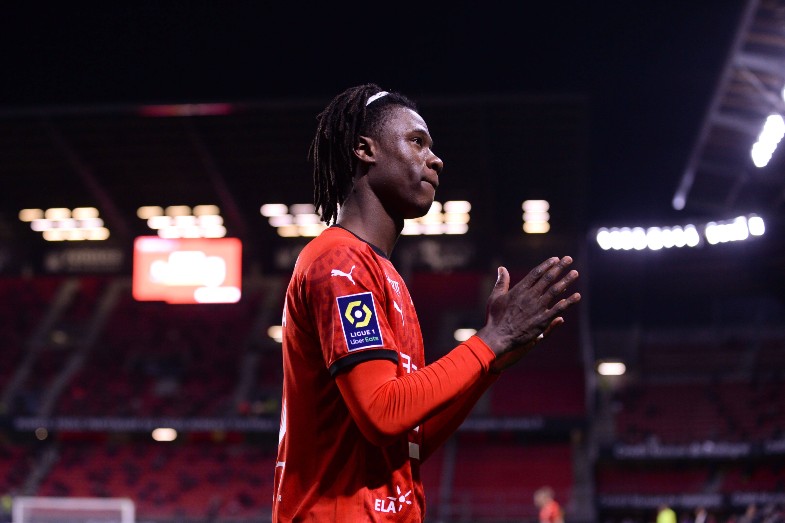 Eduardo Camavinga has been a revelation for Rennes.

Considering the fall that Arsenal have suffered in recent years, they really shouldn’t be surprised to see that their interest in a young superstar is being branded a joke by a source close to the player.

It would be surprising to see Camavinga join a side that weren’t in the Champions League and consistent contenders for major honours, something that Arsenal haven’t been for some time.

Gooners were offered unrealistic hope on the Camavinga front recently though, with a home image highlighting the special place the Gunners hold in the talent’s heart.