Newcastle United manager Steve Bruce has made it clear that he’d like to seal the transfer of Arsenal midfielder Joe Willock after his fine form on loan at St James’ Park this season.

The 21-year-old has been key to helping Newcastle avoid relegation this season with some fine form in front of goal in recent matches, and it seems clear he has a big future in the game.

Willock showed glimpses of his quality at Arsenal but didn’t get much playing time under Mikel Arteta, so he’ll no doubt be glad to have shown what he can do during his spell with Newcastle.

It’s not clear what will happen next with the young midfielder, as Arsenal may now be more convinced by him and give him more of a role in their first-team next season.

But it also makes sense that Newcastle want to extend his stay, with Bruce making it clear just how much he’d love to do a deal with the Gunners. 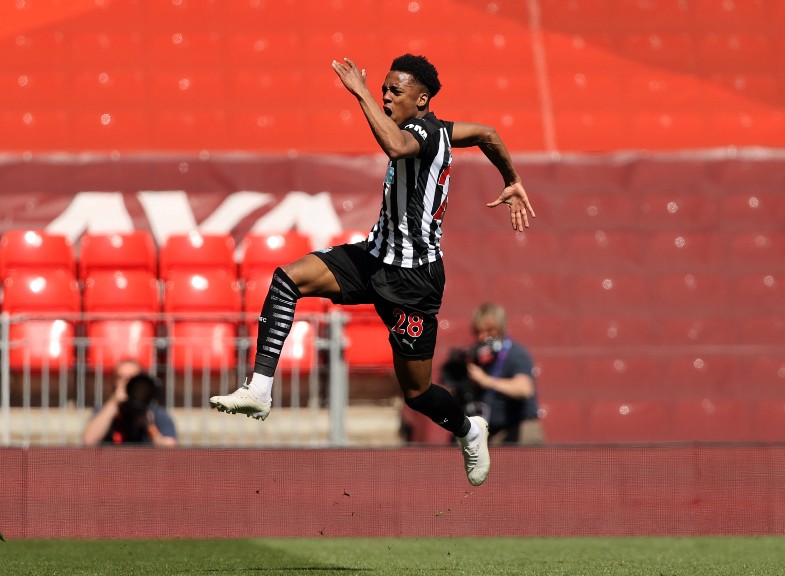 “All of us would love to [make it permanent],” Bruce told talkSPORT.

“He’s 21, a midfield player and he’s got five goals since the turn of the year, so of course we want him – but we have to respect that he’s Arsenal’s player.

“I’m sure Arsenal will have big discussions this summer, but if there’s a possibility that we can bring him back we’d love to do it.”