Cesc Fabregas vs Michael Owen, it’s hardly the bout we’ve all been waiting for, but it’s the one that we’ve been given on this Tuesday night in May.

One of the Premier League’s finest ever assisters against one of the greatest goal scorers the country has ever seen.

In their respective field, they’re the masters, and they’ve taken to Twitter to stand up for what they believe in.

For Owen, as you’d expect, scoring goals is what it’s all about. He attempted to downplay the importance or difficulty of assisting goals.

People are genuinely giving as much credit to a players number of assists as they do to number of goals nowadays. Literally 1 in 10 goals are genuine assists yet someone who plays a 5 yard ball to his mate who screams one in the top corner from 30 yards gets as much credit.??

The former Liverpool and Real Madrid striker fails to acknowledge that he’d have a grand total of zero goals to his name without the assister. 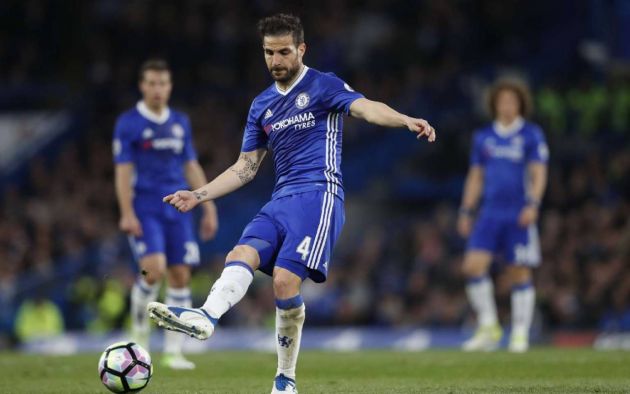 Cesc Fabregas, 111, has the second highest number of assists in Premier League history.

Fabregas was quick to clarify the significance of providing the assist for goals, as he did so many times across stints with Arsenal and Chelsea.

I don’t completely agree there Michael. Making & creating can be sometimes twice as hard than making a run or scoring a goal. Don’t underestimate the little time/space we have in midfield to take best decision for you guys + the imagination/creativity we should have to find u. https://t.co/aSC0koteVY

Ultimately, it’s completely subjective whether scoring goals or assisting them is of higher importance or a greater degree of difficulty.

Nobody asked, and does anybody, bar these two, even care?