Chelsea have a long, long list of players out on loan, as they often do.

It could be becoming a problem for the Blues, however, with Oliver Kay of The Athletic pointing out in the tweet below that there are some fairly big names still on the club’s books that they might find it hard to offload this summer.

See below as Kay lists a remarkable list of eight players who cost Chelsea as much as £180million in transfer fees, some of whom are also on big wages and continue to go out on loan, having not actually played a game for the club in years in some cases… 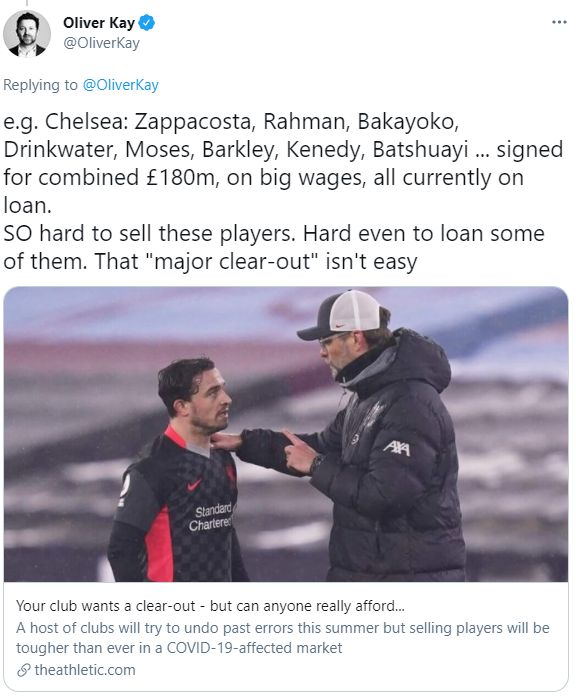 You’d be forgiven for forgetting Baba Rahman was still technically a Chelsea player, with the left-back going out on loan five times during his time at Stamford Bridge, having not kicked a ball for the club since 2016.

Kenedy is another who hasn’t played for Chelsea since 2018 after several loans, and it’s the same for Tiemoue Bakayoko, of whom much was expected when he first joined the club in 2017.