In the process of scoring for AC Milan against Juventus at the weekend, Chelsea loanee Fikayo Tomori set a new Serie A record.

Tomori fell out of favour at Chelsea during the first-half of the campaign, with a loan away from the club the most logical option for all involved.

AC Milan declared their interest and got their man, with Tomori being given the opportunity to play regular football at one of the world’s most historic clubs.

It’s an opportunity he’s grabbed with both hands. 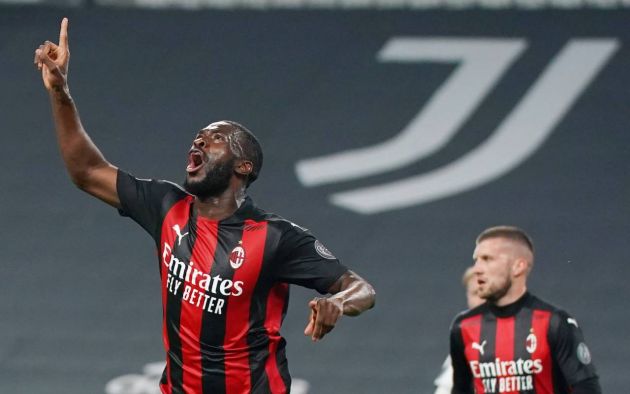 Fikayo Tomori celebrates after scoring for AC Milan against Juventus.

His goal against Juventus on Sunday was a special one for Tomori, his first for AC Milan – and in a huge fixture in the race for the top four.

Not only did he produce a moment to remember in his career on a personal level, but he’s also written his name into the Serie A record books.

During his goal against Juventus, @fikayotomori_ soared up to 2.63m in the air, setting a new Serie A record.

The previous holder was Cristiano Ronaldo who hit a height of 2.54m with his goal against Sampdoria last season.pic.twitter.com/kRjvH5McAf

Stand aside Cristiano Ronaldo, there’s a new highest jumper in town – and he goes by the name of Oluwafikayomi Oluwadamilola Tomori.