Liverpool superstar Sadio Mane has shown support for the Palestinian people with a ‘Free Palestine’ message shared on Instagram this afternoon.

Mane, a humble Muslim from Senegal, initially posted a picture of a Mosque to his Instagram story, but minutes later shared a dedicated post on the matter, with the caption ‘heartbreaking’.

The conflict between Israel and the Palestinians has gone on for a very long time, but there’s been a worrying increase in violence – or the reporting of it anyway – recently.

BBC News have published an excellent historical explanation of the issue. There have unfortunately been nightly clashes between the police and Palestinians since the holy Muslim month of Ramadan started.

It’s lovely to see Mane using his platform to spread awareness on the injustice the Palestinians are facing, with BBC News reiterating the threatened eviction that families have faced. 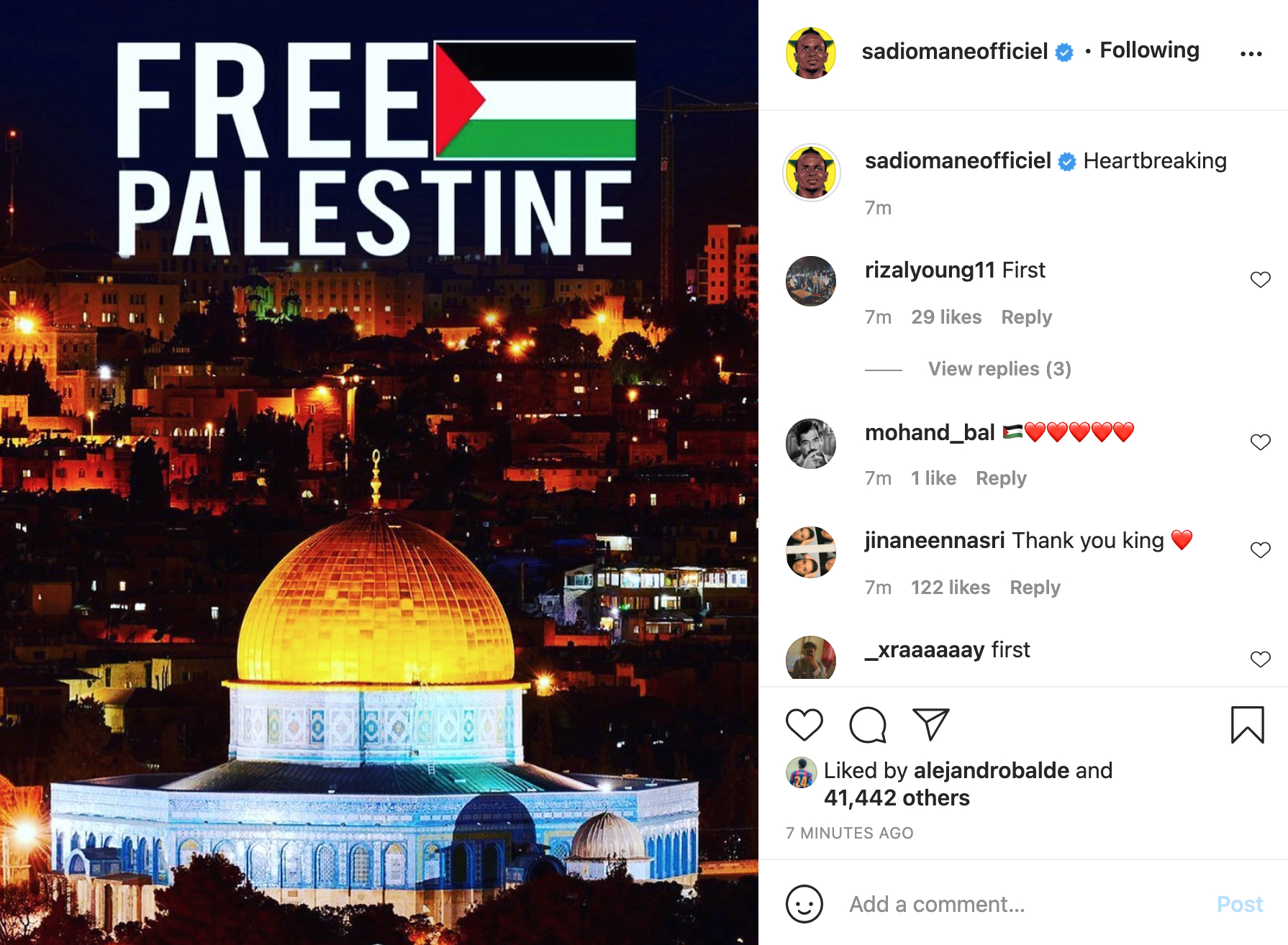 An Arab majority used to inhabit the area after Britain took control of it following World War 1, a Jewish minority were also on the land and there have been tensions between the groups ever since.

With no solutions or compromise found at the time, war broke out and the eventual creation of the state of Israel, who have since taken control of a majority of the territory.

The Daily Sabah report via the Palestinian Red Crescent that Israeli forces storming the Al-Aqsa Mosque in East Jerusalem led to at least 305 people being injured.

Hopefully, Mane’s public support for the Palestinian people and his ‘heartbreaking’ feelings towards the violence will encourage other footballers and high-profile celebrities to comment on the atrocity.