The former Man Utd defender believes that Edinson Cavani’s new contract suggests his old club won’t be in the market for a new signing up front ahead of next season, whilst also mentioning that they’ve been “desperate” to sign Sancho.

The England international has shone for Dortmund and would surely be a great fit in Ole Gunnar Solskjaer’s side, though the Manchester Evening News suggest the form of Mason Greenwood means the Bundesliga wide-man may no longer be a priority.

United could, however, do well to sign Sancho as an upgrade on the likes of Anthony Martial, Jesse Lingard and Daniel James, giving them a bit more spark in the final third and more ammunition for the in-form Cavani. 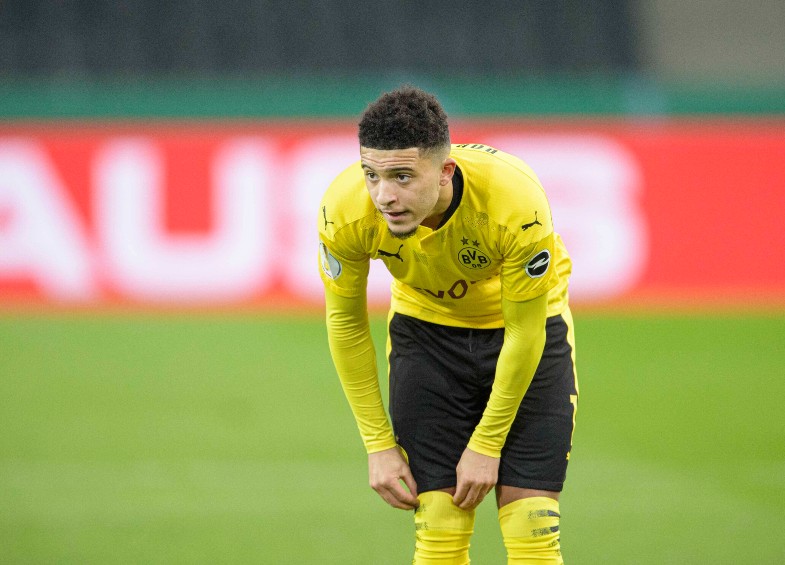 Jadon Sancho could be a dream signing for Manchester United

Neville seems to be suggesting he thinks the 21-year-old could be a priority, and he praised his old club for “incredibly smart” business if they manage to get him for cheaper this year than he would’ve cost last summer.

“I think if you look at the policy over the last couple of years since Ole has come in at Manchester United, I don’t think they will sign another striker,” Neville told Monday Night Football, as quoted by the Daily Star.

“I haven’t got the contacts on the inside that I used to have, so it’s my assumption, because they’ve been desperate for Sancho.

“You look at their recruitment last summer, they didn’t get Sancho and they were criticised for that. I criticised them for that.

“But they could look incredibly smart this year if they get him nearer half the price and they’ve waited 12 months.”