Manchester United have been advised that Jude Bellingham could be a fine addition to their squad in this summer’s transfer window.

That’s the view of former Man Utd midfielder Luke Chadwick, who spoke exclusively to CaughtOffside about his old club’s potential raids on Borussia Dortmund this summer.

It seems a fairly open secret that the Red Devils could make signings in attack this summer, with Jadon Sancho among the most impressive young players in world football in recent times and someone who could be a great fit in Ole Gunnar Solskjaer’s side.

However, a recent report from the Manchester Evening News suggested United would now be prioritising Bellingham over Sancho.

Chadwick is a big fan of Bellingham after watching him progress from Championship level with Birmingham City last season to bossing it in the Champions League with Dortmund this year. 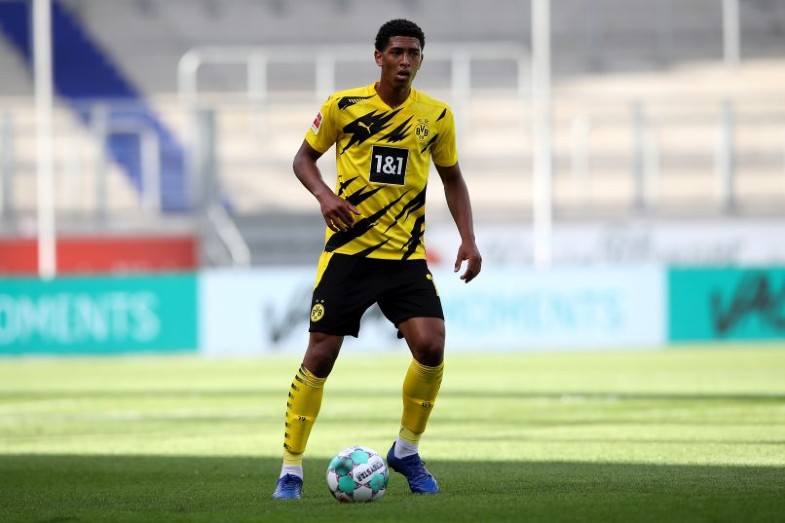 Speaking to CaughtOffside, the former United ace suggested Bellingham might be his preferred option over Sancho, though he added that fans would surely be very happy with either of them.

“I saw Jude Bellingham play as a 16-year-old for Birmingham and obviously the Championship’s a very tough league and he was very impressive,” Chadwick said. “Watching the Dortmund-Man City games it looks like he’s come on leaps and bounds this season as well.

“I know United were keen to get him over the line when he was leaving Birmingham last summer so I’m sure he’s on their radar, he’s one of the top young talents in Europe at the moment, certainly.

“I think he could add to United hugely, I think he could offer something quite similar to McTominay and Fred – a real all-action midfielder, getting forwards, getting back. He’s an incredible athlete and I’m sure any top club in Europe would be interested in his services if he became available.

“In Sancho’s case, it’s a position United are maybe looking to strengthen in more, the wide areas rather than the central areas. Sancho is more of an out and out wide man than Rashford or Martial and is obviously incredibly gifted.

“I think you’d be quite satisfied with Sancho or Bellingham – two top young English players.”