Manchester United midfielder Bruno Fernandes has paid a huge compliment to Jesse Lingard after his superb recent form whilst out on loan at West Ham.

The Portugal international has been one of the stand-out performers in the Premier League this season, but believes that Lingard has been the best player in the country in recent games.

Lingard left Man Utd for a loan move to West Ham in January, with the England international having previously fallen out of favour at Old Trafford.

Now, however, Lingard looks back to his very best and is sure to be a key player for Gareth Southgate’s side at Euro 2020 this summer.

It may even earn Lingard a place in the United squad again next season, with Fernandes sending a clear message by praising him so highly in an interview with the club’s official site.

“If you see Jesse, I think Jesse, at the moment, if you watch the last 10 games, has been top, top, top level,” Fernandes said.

“For me, if you watch the last 10 games, he’s been the best player in the Premier League, scoring and assists in every game. 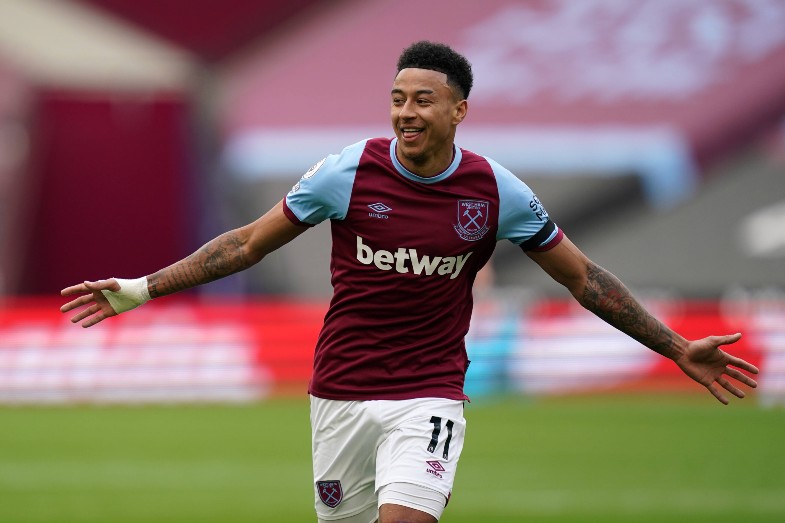 Jesse Lingard has been in superb form at West Ham

It will be intriguing to see if the Red Devils decide to give Lingard another chance next season, or if they perhaps try to use this opportunity to cash in on him as big clubs may now be interested in signing him after his recent purple patch.

It’s also an interesting choice from Fernandes, who overlooked the form of team-mate Edinson Cavani in recent times, with the Uruguayan looking almost unplayable at the moment whilst exciting fans with a contract extension for another year at the club.