Borussia Dortmund winger Jadon Sancho is reportedly pushing for a transfer this year after being disappointed not to get a move to Manchester United last summer.

The England international is one of the most exciting young players in Europe, and would be an ideal signing for this Man Utd side after they came frustratingly close to challenging for the title this season, only to miss out to Manchester City.

It remains to be seen how much of a priority Sancho will be for the Red Devils, but the Manchester Evening News claims the player himself wants out of Dortmund.

They add that Sancho was disappointed that a move to United fell through last year, so it could be that he’s still keen to end up at Old Trafford.

This would surely be a no-brainer for United, with Ole Gunnar Solskjaer in need of an upgrade on the likes of Anthony Martial, Jesse Lingard and Daniel James in the wide areas.

Another recent report from the Manchester Evening News, however, has suggested that the fine form of Mason Greenwood may persuade the club that Sancho should no longer be a top priority.

We’re not sure how most MUFC fans would feel about that, with Greenwood perhaps better suited to playing as a centre-forward anyway, while Sancho is more proven at the highest level.

Despite only being 21 years of age, the former Manchester City youngster has been a regular for Dortmund for a good few years now, playing in the Champions League for the German side, as well as earning 18 caps for England. 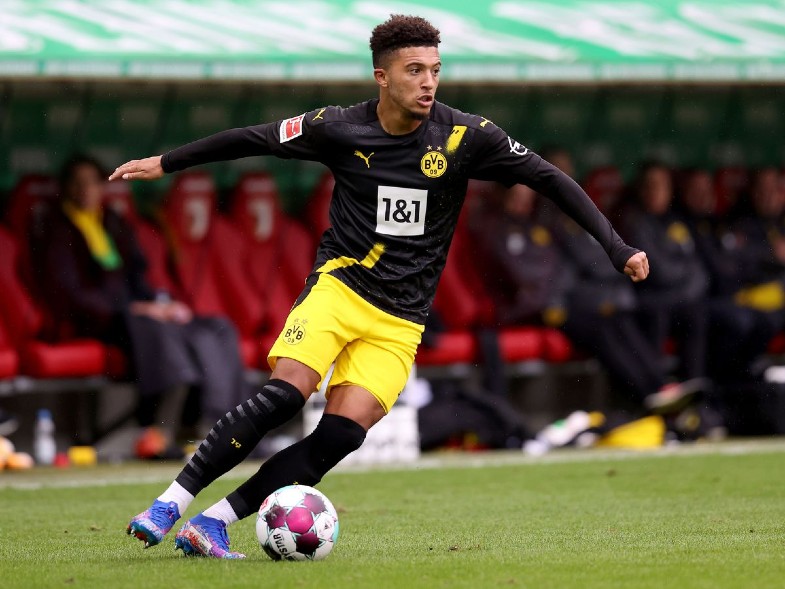 Jadon Sancho could be on the move this summer

If Sancho really is keen on the move, United should surely do all they can to snap him up this summer.

The Manchester Evening News also quotes Dortmund chief Hans-Joachim Watzke as saying back in March: “If there is an exceptional offer we will discuss it with the player (Sancho) and the agent, as always.”