Chelsea manager Thomas Tuchel is keen on signing Marco Verratti from Paris Saint-Germain, according to an exclusive report by 90min.

Tuchel has done an outstanding job at Chelsea so far, with the goal for next season surely to challenge Manchester City for their Premier League crown.

While Chelsea have closed the gap on City, in terms of quality, since the German’s appointment, there is still plenty of work to be done in the summer window.

As per 90min, one player that Thomas Tuchel would like to bring to Stamford Bridge this summer is Marco Verratti, who he worked with at Paris Saint-Germain. 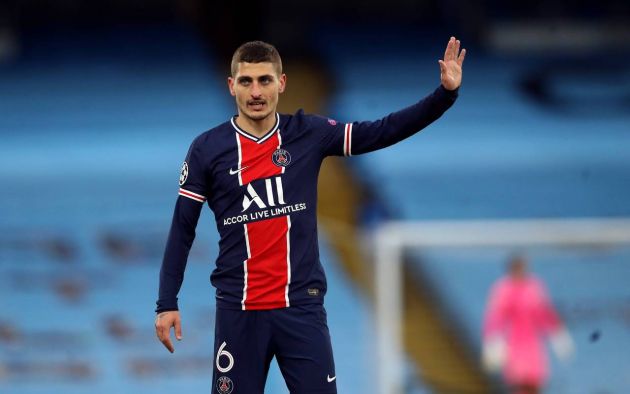 Thomas Tuchel is reportedly keen to bring Marco Verratti to Chelsea this summer.

The report notes that Tuchel has already informed the Chelsea hierarchy of his desire to sign Verratti, while the player himself is thought to be open about a move to England.

PSG would surely be reluctant to let go of Verratti, but if the price was right, and the Italian decided he wanted to move to West London, they would struggle to stop him.