Chelsea came mightily close to finding an equaliser against Arsenal at Stamford Bridge, with the Blues having been denied by the crossbar twice in a matter of seconds.

With the Blues having beaten Manchester City at the Etihad over the weekend, Thomas Tuchel will have known that a victory tonight would all but secure their Champions League qualification for next term.

However, with the FA Cup final due to take place on Saturday, Tuchel could not field a full-strength team, especially with Leicester City having been gifted an extra day’s rest, with the Foxes having played last night.

Edouard Mendy, N’Golo Kante and Timo Werner were notable absentees, but it was still a strong Chelsea lineup, a side that you’d have expected to get the job done against an Arsenal side with nothing to play for.

Even after Chelsea went 1-0 down following a freak incident involving Jorginho and Kepa Arrizabalaga, which Emile Smith Rowe took full advantage of, you’d have backed them to engineer their way back into the contest. 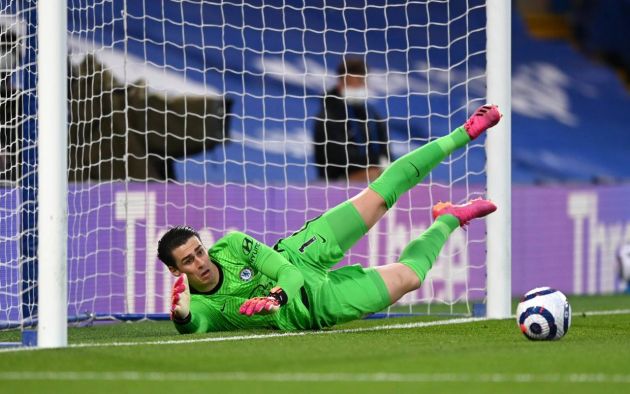 Kepa Arrizabalaga did incredibly well to prevent Jorginho’s back pass resulting in an own goal. 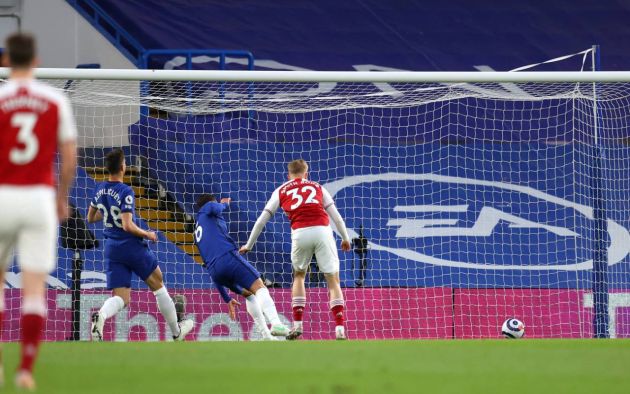 Emile Smith Rowe was on hand to find the back of the net from close range on the rebound.

Yet, they didn’t, with the full-time whistle blowing and Arsenal heading back to North London with all three points.

Chelsea tried and tried, but they just couldn’t break Arsenal’s resolve. The Gunners defended commendably tonight, but also had a certain degree of luck on their side – which has to be acknowledged.

With just a matter of minutes left on the clock, and Kurt Zouma virtually playing as a centre-forward, Chelsea hit the crossbar twice within the space of just seconds. Bernd Leno ought to buy himself a lottery ticket on the way home…