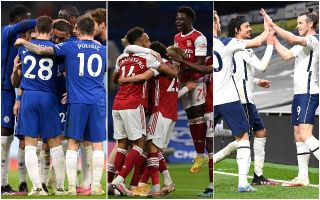 Chelsea, Arsenal and Tottenham are reportedly in talks over holding a summer charity tournament to make up for the recent controversy over their involvement in the failed European Super League project.

The London trio are said to be confident of putting together a pre-season tournament this year, with any money made from the event to go to charity, according to the Daily Mail.

MORE: Tuchel hints at what went wrong for Chelsea against Arsenal

However, the project quickly fell through due to being so unpopular, as it provoked a strong reaction from fans and pundits alike, and eventually players and managers too.

These clubs then pulled out of the Super League, and the Mail suggests the London trio hope they can repair some of the damage with a pre-season tournament this summer.

It could also be a good move for the clubs involved as the usual tours abroad may not be possible due to the ongoing coronavirus pandemic.