According to Spanish publication Marca, Barcelona have reached an agreement with Memphis Depay over a free transfer this summer, but the deal is contingent on one key condition.

Marca report that Depay committing to the Blaugrana rests on compatriot Ronald Koeman remaining as manager, with the charismatic star determined to work under his former national team boss once more.

This is the only potential stumbling block – and it’s a big one – to the deal, as it’s added that Depay has actually accepted to reduce his salary considerably in order to facilitate a move to the La Liga giants.

Barcelona have reportedly accepted Depay’s wage demands, they won’t be able to believe what they’ve seen after such a messy wage structure has crippled the club in recent years.

Marca insist that should Koeman be relieved of his managerial duties, the situation will take a ‘radical’ turn and new negotiations would be needed with Depay.

See More: Lionel Messi could leave Barcelona after all as agents are instructed to find a property close to interested club 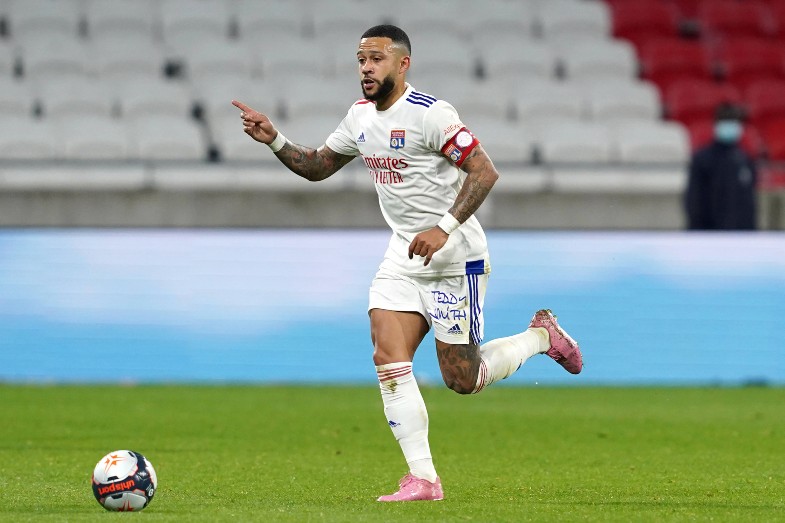 Memphis Depay looks set for a transfer to Barcelona

It seems like Barcelona will finally have the man they’ve tried to recruit in the last two transfer windows, only to be foiled by financial restrictions, should Koeman remain at the club.

Depay could offer a breath of fresh air to the Barcelona attack, who have started to become one of the most dangerous around now that both Antoine Griezmann and Ousmane Dembele are fully firing.

27-year-old Depay has proven himself as a quality player since he joined Lyon after a troubled spell at Manchester United, the Dutch star has scored 75 times for the side and contributed 53 assists.

The fact that Depay is a gifted scorer, creator and boasts a handy physical profile with bundles of pace and strength, make the ace the ideal kind of versatile option for the Blaugrana’s attack.