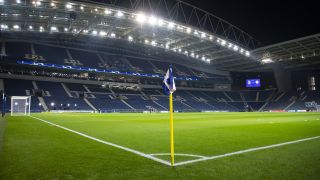 UEFA have confirmed that Porto will host this season’s Champions League final instead of the originally planned venue of Istanbul.

With two English sides in Chelsea and Manchester City set to meet in the final, there had been some hope of moving the game to a stadium in the UK, but this has now not gone ahead.

See below as UEFA announce Porto’s stadium as the new venue for the final instead, with 6,000 fans from each club permitted to attend the match…

The #UCLfinal between Manchester City and Chelsea will now be held at the Estádio do Dragão in Porto.

Plans for this season and last season’s tournament have been frequently disrupted by the coronavirus pandemic, and it makes sense that the current situation in Turkey means it’s not ideal for them to have large numbers of people travelling in and out of the country.

Portugal seems a safer destination for players and fans, but the swift vaccination in the UK also made it look like a decent contender to host the game.

Additional information from the Daily Mirror suggests the government may have handled this badly, with Turkey being red-listed perhaps deliberately to boost the country’s bid to get the game moved here.