Barcelona are considering including Miralem Pjanic as a makeweight as they attempt to lure Jorginho away from Chelsea this summer, according to Todo Fichajes.

The Catalan giants look set to miss out on winning the title this campaign, having been held to a draw by Levante in a six-goal thriller last time out.

Joan Laporta’s first season back at the club as president will be a pivotal one, with a major rebuild in order if Barca want to have any chance of challenging again.

As per Todo Fichajes, Chelsea midfielder Jorginho is player being targeted, with Barca prepared to send Miralem Pjanic in the opposite direction. 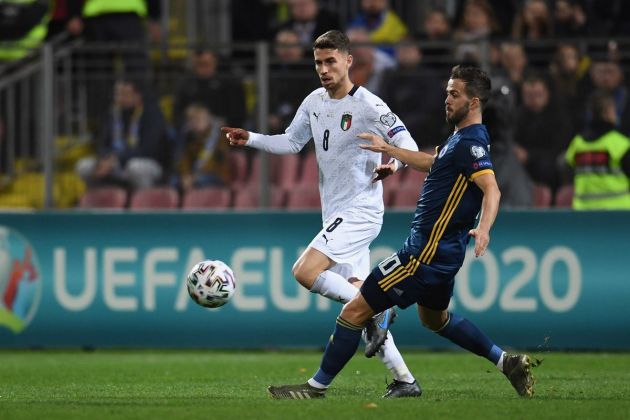 Could Jorginho and Miralem Pjanic be heading in opposite directions this summer?

Jorginho has been a key figure for the Blues under Thomas Tuchel thus far, so it’s difficult seeing the German allowing him to walk out the door without putting up a fight.

If there were a player of Pjanic’s quality offered in return, however, then Tuchel, and the Chelsea hierarchy, may well be more open to the idea of letting him go.

Though, considering Jorginho has had one of the best seasons of his career, and Pjanic is out of favour at the Nou Camp, Barca would likely have to include a significant sum of cash in the deal, too.