With just one day to go until the FA Cup final between Chelsea and Leicester, Thomas Tuchel is still fretting over the fitness of one of his key men.

The Blues have been brilliant in the second half of the campaign, with the German bringing more order to Frank Lampard’s swashbucklers.

Indeed, since Tuchel took the reins at Stamford Bridge, the west Londoners have been in superb form right across the pitch.

One of the main reasons for what some might see as a resurgence of sorts, is N’Golo Kante’s continuing excellence in the heart of the Chelsea midfield. The player simply doesn’t have a bad game. 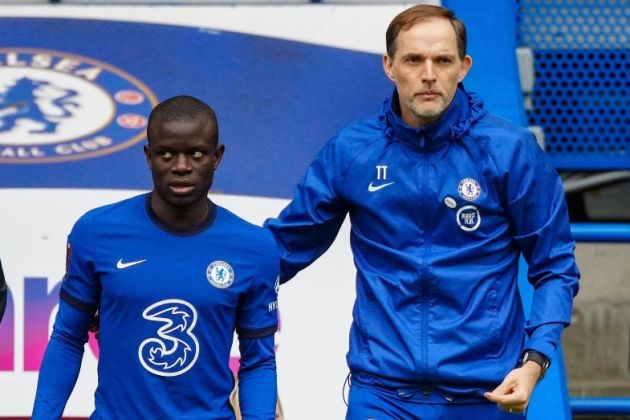 However, fitness concerns could rule him out of one of the most important games of the season, thereby handing Tuchel a huge headache.

“He has some pain in his Achilles,” the manager was quoted as saying by the i paper.

“He suffers from that so there was no chance [of him playing against Arsenal in midweek] as we missed [Mateo] Kovacic and no N’Golo on the bench.

“It was a huge blow for us in terms of intensity and attitude.”

One player doesn’t make a team of course, but Kante is certainly the one that makes Chelsea tick.