It’s been a tumultuous period in FC Barcelona’s history, but Joan Laporta is determined to change things very much for the better. Not just on the pitch either.

There remains an awful lot of speculation surrounding Ronald Koeman’s tenure at the club, and his cause hasn’t been helped by the team’s late season collapse when they had the La Liga title in the palm of their hands.

A recent meeting between the Dutchman and the president has been well documented, though it seems clear that any decision on the manager’s continuity at the club won’t be made until the end of the season. 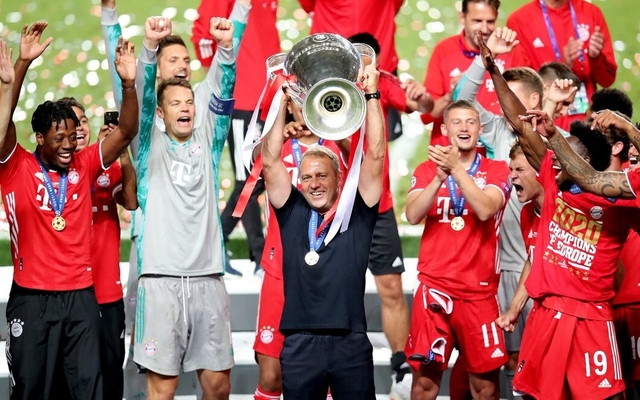 That said, Don Balon do note that Laporta hasn’t given up on a manager who it’s believed he wants to lead the club into a new era of greatness.

Done deal: Everton officially announce their first summer signing
Arsenal set to miss out on transfer target as he edges closer to another London club
Everton and Leeds join the race for Arsenal transfer target

The one big problem with trying to acquire Hansi Flick is that he’s already signed a contract to take over the German national team after the European Championship.

You can’t blame Laporta for trying but this does appear to be one pursuit likely to end in failure.