Real Madrid have registered their interest in signing Tanguy Ndombele from Tottenham this summer, according to an exclusive report by Football Insider.

Ndombele, signed for Tottenham from Lyon last summer, took some time to settle and produce his best performance level in the Premier League.

Spurs fans will have been understandably concerned that they’d signed themselves another expensive flop, but Ndombele is too talented to be branded with that title.

The Frenchman has emerged as an important figure for the North London side this campaign, with his performances clearly drawing admiration from afar. 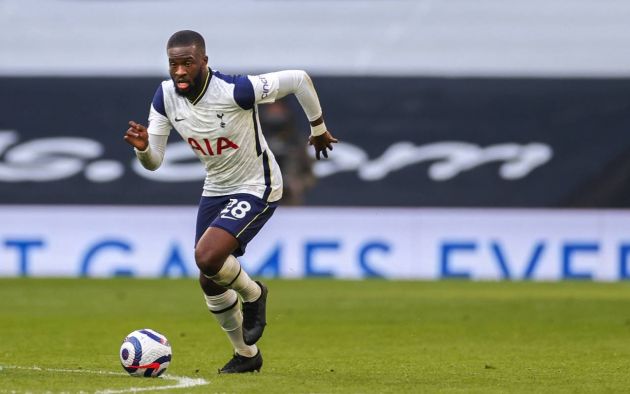 As per Football Insider, Real Madrid are keen on brining Ndombele to the Santiago Bernabeu this summer.

The report claims that Los Blancos have already made contact with Tottenham to register their interest in signing the midfielder.

It’s hard to imagine Daniel Levy selling Ndombele for a significant loss, or any loss at all – especially on the back of a strong campaign.