Tottenham are closing in on the signing of Bayern Munich centre-back Jerome Boateng, according to surprise claims made by Todo Fichajes.

Boateng has been one of the best defenders of his generation, but with Dayot Upamecano coming through the door at the Allianz Arena, it appears as though his services may no longer be required.

As is reported by Transfermarkt, Boateng’s contract is due to expire in six weeks’ time, which means he is currently allowed to negotiate a pre-contract agreement with any interested parties.

As per Todo Fichajes, there’s a few, with Roma, Arsenal, Chelsea and Monaco all keen on signing the German. However, it’s thought to be Tottenham, of all clubs, leading the race. 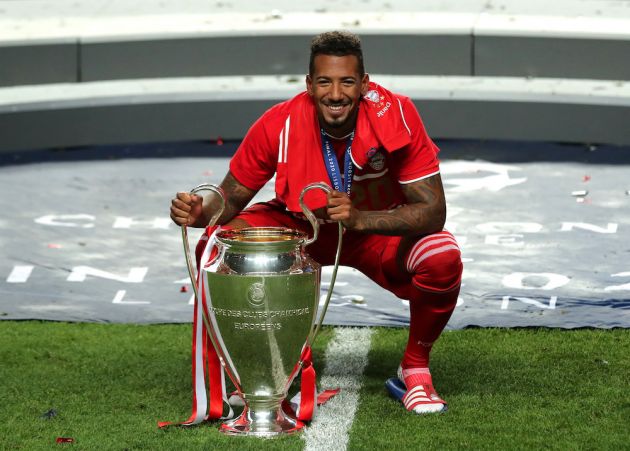 Tottenham are reportedly leading the race to sign Jerome Boateng.

Todo Fichajes go as far as suggesting that it is now just a matter of finalising the fine print before Tottenham officially complete the signing of the 2014 World Cup winner.

Tottenham have fallen short of challenging for both the title and top four this campaign. Reinforcements will be required next summer if they wish to mount a serious challenge.

Whoever their manager may be come the start of next season, they’d be grateful to have a player with Boateng’s experience to provide assurance in their defensive third.

Arsenal are in dire need of quality at the back, so missing out on Boateng would be a huge blow – less so for Chelsea, who are well equipped in that area of the field.