Barcelona are prioritising the signing of Erling Haaland over a new contract for club legend Lionel Messi, according to The Sun.

Having been held to a 3-3 draw by Levante last time around, during which they led both 2-0 and 3-2, Barcelona appear to have scuppered their chance of winning La Liga.

Even Ronald Koeman will admit that they would have been fortunate to have won it this year, such has been their inconsistency throughout the course of the campaign.

With president Joan Laporta now elected, it’s time for Barca to go back to the drawing board and consider which direction the club ought to be moving in.

As per The Sun, that could include making difficult decisions, like shelving Lionel Messi’s extension to focus on the acquisition of Erling Haaland. 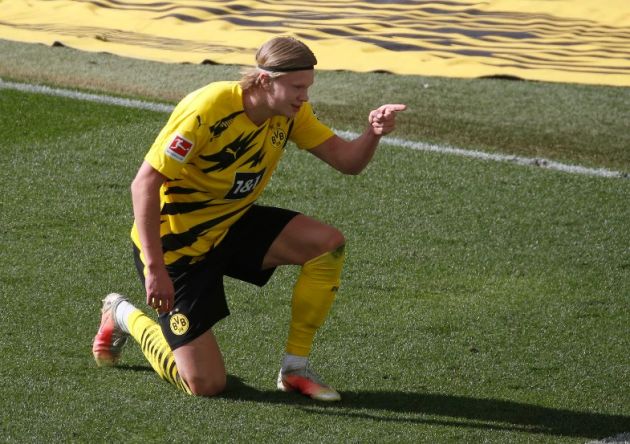 Signing Erling Haaland is thought to be the priority for Barcelona.

According to the report, that’s exactly what the Catalan giants will do, with signing Haaland considered a more pressing issue than convincing Messi to stay.

Haaland is the future of the game, while Messi will soon be part of its decorated past, but even so, after all his contributions, he deserves more than to be second on the list.

The Sun report that Dortmund want £150M for Haaland, so it’s unlikely that Barca would be able to afford Haaland anyway.

The primary focus ought to be keeping their talisman around and building upon that foundation, not starting from scratch.