Fichajes claim to know the identities of the four teams chasing Rennes sensation Eduardo Camavinga, with one of them being in the Premier League.

Camavinga, an 18-year-old midfielder who has established himself as a key figure at Rennes at a young age, is looking likely to move on this coming summer.

He has already competed for Rennes in the Champions League, as well as making his debut, and scoring for the French National Team.

A move to a big side appears to be on the horizon, and Fichajes believe to know which four sides are battling it out to secure his signature. 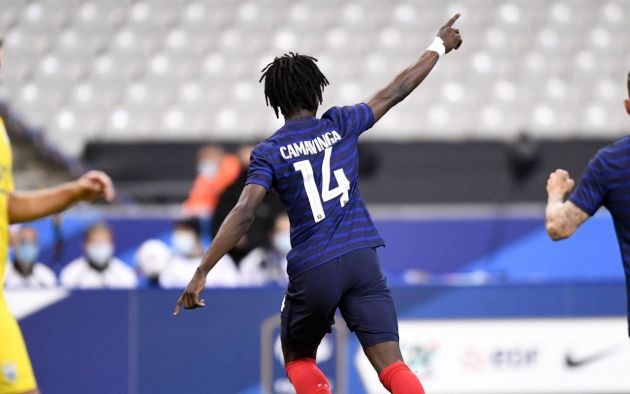 Eduardo Camavinga is wanted by four of Europe’s biggest clubs.

According to Fichajes, Real Madrid, Bayern Munich, Paris Saint-Germain and Manchester City are all interested in signing Camavinga in the upcoming transfer window.

You wouldn’t be surprised if that was the last four in the Champions League, such is the calibre of clubs in the race.

As much as that’s a blessing for the teenager, it’s also a curse – how on Earth is he going to pick one team out of the four?