Jose Mourinho has already identified the two players he wants to sign first as manager of AS Roma, according to Don Balon.

Mourinho wasted no time taking the plunge back into management after being sacked by Spurs. The managerial icon took the reins at AS Roma, with his work in Rome officially commencing at the end of the current campaign.

The Special One has the luxury of the transfer market to prepare for his first season in charge of AS Roma, something that you’d expect him to take full advantage of.

As per Don Balon, Mourinho has already picked the two players he wants to sign first at AS Roma – Tottenham’s Eric Dier and Wolverhampton Wanderers’ Rui Patricio. 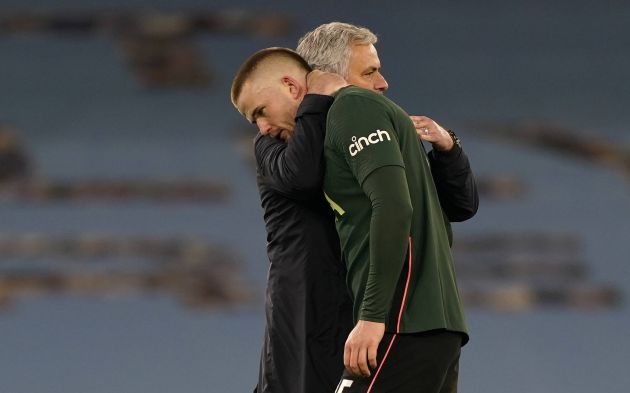 Jose Mourinho is reportedly keen on a swift reunion with Eric Dier.

Mourinho was an admirer of Dier during their time together at Spurs, while compatriot Patricio would be a superb solution for AS Roma between the sticks.

It remains to be seen if he will be successful in bringing either of them to the Stadio Olimpico.

Mourinho has an uphill task to help AS Roma close the gap on the top four in Serie A. If he were to work them back into contention, it’d comfortably be one of his finest achievements.