AC Milan have pulled ahead of Arsenal and Tottenham in the race to sign Feyenoord starlet Orkun Kökçü, according to Fichajes.

Both Arsenal and Tottenham are in dire need of major squad rebuilds. Fresh faces for the future are on the agenda for both of the North London giants this summer, with Kökçü being identified as a potential target for both, as per Fichajes.

Kökçü, 20, is a midfielder for Eredivisie outfit Feyenoord, who made his international debut for Turkey during a Nations League clash with Serbia before the turn of the year.

He has a bright future ahead of him, but where he will be playing his football come the start of next reason is at this point unclear – but perhaps no for long. 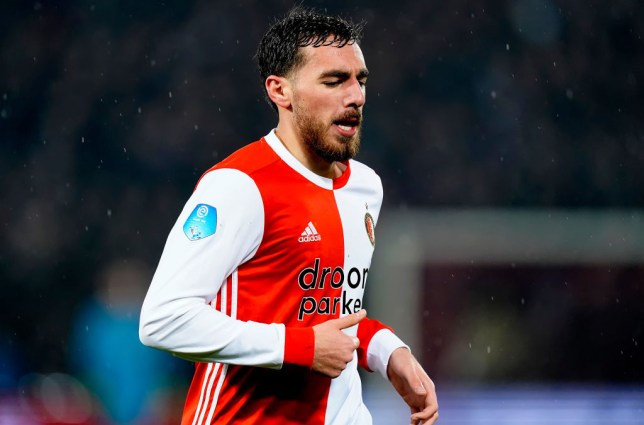 Fichajes report that AC Milan have positioned themselves at the front of the queue for Kökçü, which leaves Arsenal and Tottenham at risk of missing out.

The Rossoneri may well be able to offer Kökçü something that neither Premier League side can – the promise of playing in the Champions League.

Though, it’s hard to imagine Arsenal or Spurs going down without a fight. This one’s far from signed and sealed.