Seven Chelsea players are set to depart this summer, with there also being doubts over the futures of five more, according to the Mirror.

Chelsea, who have made forward strides under Thomas Tuchel, even if it might be harder to acknowledge after what has been a really disappointing week, have a big summer ahead.

The Blues have an opportunity, to build upon the foundations they have laid and continue to close the gap on Manchester City, via Roman Abramovich’s chequebook.

While Chelsea’s finances are healthy, getting players off their books is a necessity before they look to make any big money acquisitions in the upcoming transfer window.

As per the Mirror, Fikayo Tomori, Michy Batshuayi, Danny Drinkwater, Tiemoue Bakayoko, Kenedy, Baba Rahman and Victor Moses are all looking set to leave the club. 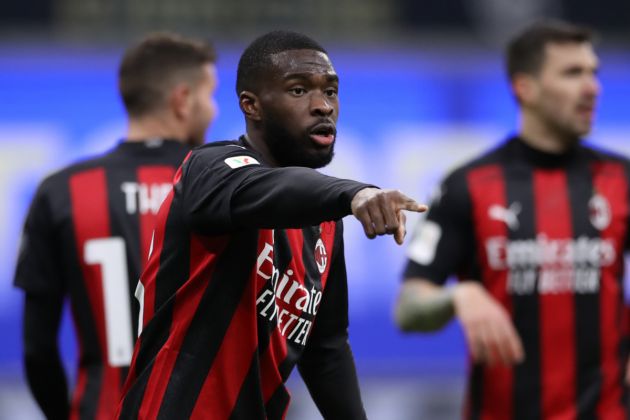 Fikayo Tomori is one player who could be leaving Chelsea this summer.

In addition, the futures of Tammy Abraham, Emerson Palmieri and Kepa Arrizabalaga are yet to be resolved, with Ross Barkley and Ruben Loftus-Cheek set to return from loan.

Chelsea have a strong, deep squad, with plenty of players not ever realistically going to be of use to the club again.

Marina Granovskaia likes to collect a few million here and there in loan fees, which sees Chelsea make money from those who are surplus to requirements.

However, the club would be able to raise a serious amount of cash through player sales this summer if they allow players to depart permanently, rather than signing them up for the loan army.