Pogba gave some welcome insight into his international midfield partner and friend, both on a personal and footballing basis, which is absolutely lovely to read.

The Manchester United man surprisingly shared that Kante ‘cheats a lot’ when it comes to card and board games, adding that the Chelsea favourite is ‘cunning’.

Pogba also put on record what most football fans should think – ‘it is not possible’ to ‘hate’ Kante, with the ‘humble’ 30-year-old seen as the ‘most beloved soccer player in the history of football’.

The Red Devils’ biggest star also took this opportunity to rave about his friend’s amazing quality, insisting that Kante’s ‘got everything’ and of course ‘he’s everywhere on the pitch’. 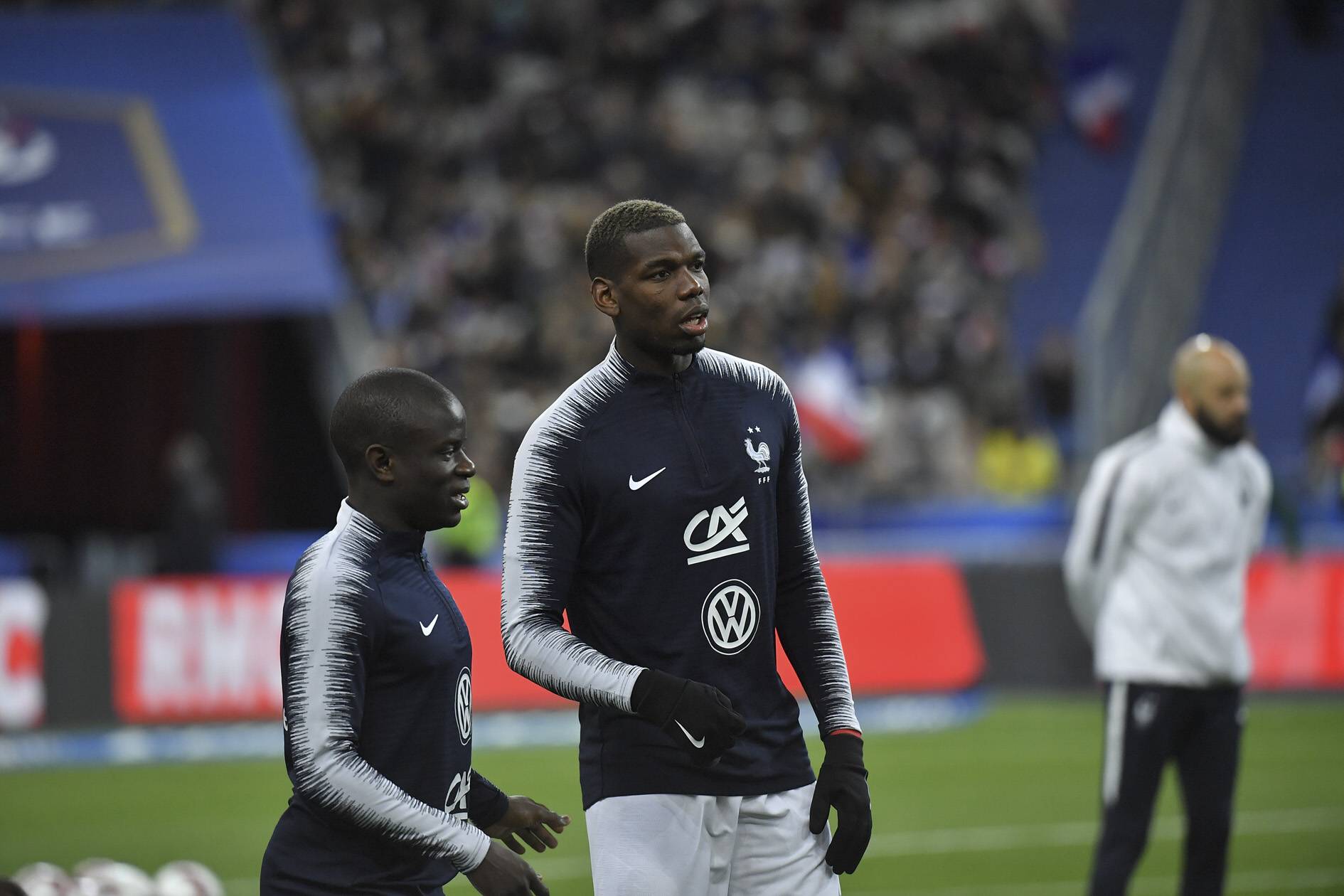 Here is what Pogba had to say on his friend’s unrelenting desire to win:

“He cheats a lot. A lot. At card games, board games. Honestly, I’m telling the truth. He cheats.”

“He says he doesn’t cheat, but he does. He uses cunning. He’s a smart kid, N’Golo. But it’s okay. You have to love him.”

“He’s the most beloved soccer player in the history of football. You’ve got to love him, you cannot hate him, it is not possible.”

“He is humble, kind, professional. He will never complain, he will work.”

Pogba also raved about Kante’s world-class ability, stating that his pal’s ‘got everything’:

“He’s got everything. He’s good technically, with a good passing quality, and he’s everywhere on the pitch.”

“I even say he appears out of the ground! You don’t see him, and – poof – he’s out! He gets the ball, he has the finish. He’s everywhere.”

“To have a player like that by your side, what more can you ask for?”

Pogba signing off with ‘to have a player like that by your side, what more can you ask for?’ was a beautiful ode to Kante, who is back at his best after some injury troubles in recent years.

France will head into the Euros with one of the most gifted midfield ranks once more, Kante and Pogba will be hoping to team up and follow the country’s World Cup triumph with another major trophy.