Liverpool attacker Diogo Jota will be out for the rest of the season after sustaining a foot injury, Jurgen Klopp as returned.

The 2019/20 champions head to the Hawthorns this afternoon in one of their three remaining fixtures, all of which they will likely have to win to have any chance of playing Champions League football next season.

Jurgen Klopp will take great encouragement from the fact that Leicester City have to travel to Stamford Bridge on Tuesday, with Chelsea out for revenge after losing in the FA Cup final. 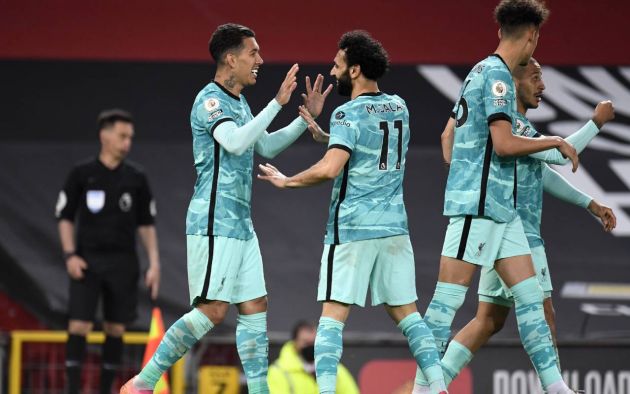 Liverpool have a fighting chance of qualifying for next season’s Champions League.

If Liverpool defeat West Brom today, and Leicester City lose to Chelsea, the Reds will be able to go into the top four when they face Burnley on Wednesday, should they be able to defeat the Clarets.

Unfortunately for Klopp and co, they’ll have to do it without Diogo Jota, with the Portugal international set to miss all of Liverpool’s remaining fixtures with a foot injury.

BREAKING: Jurgen Klopp announces Diogo Jota is out for the final three games of Liverpool’s season with a foot injury pic.twitter.com/Fxn1xkb0Dp

It remains to be seen whether Jota will be recovered in time to compete in the Euro 2020 tournament in the summer.