According to the Mail, Liverpool were actually offered the services of Tom Heaton, but it appears that the club failed to act and the ace is now on the brink of a return to Manchester United.

This comes as the Mail report that the Reds may see some considerable changes in the goalkeeping department this summer.

Jurgen Klopp’s side have reportedly offered a new one-year deal to Adrian, though the Spaniard has yet to decide on his future. Whilst they’re also prepared to loan out promising stopper Caoimhin Kelleher.

With regular first-team football key to Kelleher’s development at this stage of his career, the Reds could find themselves with only Alisson as an option if Adrian chooses to leave on a free this summer.

Football Insider recently reported that Heaton has actually verbally agreed to rejoin United on a free transfer, with the 35-year-old to ink a more lucrative deal than what was offered by Aston Villa. 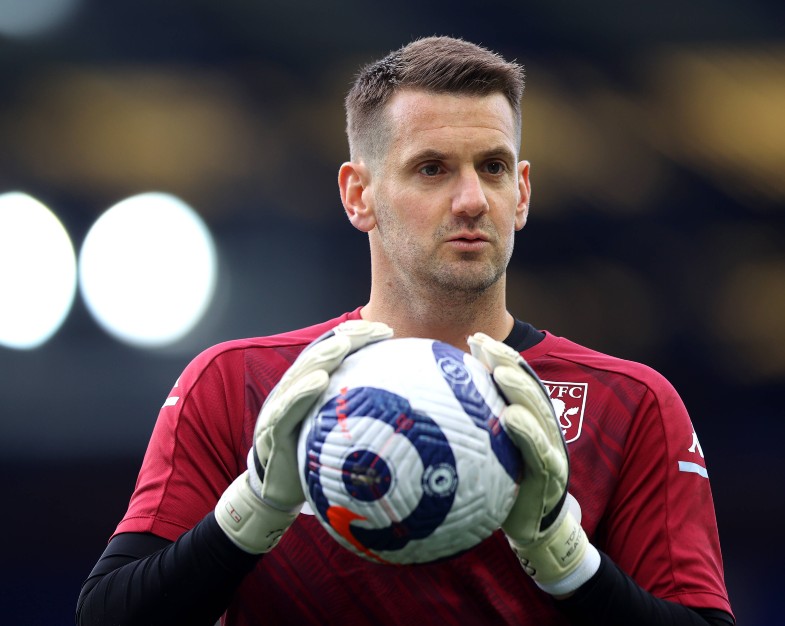 Heaton came through the ranks at heated rivals United, so Liverpool may not’ve ever had the chance of recruiting someone that would potentially stir the fanbase and appealing more than the Red Devils.

However, it would be pretty strange for outrage to be justified towards a player in Heaton that would only be a second-choice at Liverpool.

With that in mind, the Reds may have missed out on a quality free transfer, there’s no doubt that whilst Heaton has been hindered by an injury since joining Villa that he boasts better credentials than Adrian.