Barcelona transfer target Memphis Depay has taken to Instagram to provide a rather cryptic update on his future.

As reported by Transfermarkt, Depay’s contract with Lyon is due to expire at the end of June, meaning he will soon be available on a free transfer.

To sign a player who has 20 goals and 10 assists in 36 league appearances without paying a penny would be a quite remarkable bit of business for any club.

According to Fabrizio Romano, Depay is in talks over moving to Barcelona, with a definitive decision set to be made by the player at the end of the season. 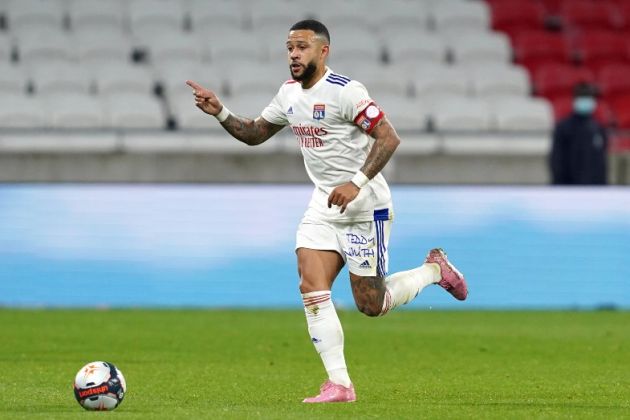 Memphis Depay is reportedly in talks over signing for Barcelona.

While the club he will be playing for at the season’s end is at this point unclear, you get the impression that it won’t be Lyon.

Depay has allowed his contract to run down to this point, which is hardly a show of loyalty to the French side.

He has now also posted the below on Instagram, which while coy and cryptic, suggests he could be on the move.

With Ronald Koeman having failed to win La Liga this term, it remains to be seen if Barcelona will be sticking with him for next year.

Depay may not actually end up getting the proposed reunion with the former Netherlands boss at the Nou Camp.

Only he knows if that would have any bearing on the decision he makes.