Chelsea fans can expect to see the club officially bid farewell to Victor Moses after the long-serving Blues star triggered a permanent sale to loan club Spartak Moscow this weekend.

Goal reported a week ago that Champions League qualification for the Russian Premier League side would automatically trigger the £4m sale of the 30-year-old.

Spartak secured a second-placed finish in the Russian top-flight, which secures a spot in the Champions League, with a 2-2 draw on the final day of the season.

Moses’ team, who he made 20 appearances for over his loan spell – which started in October after their campaign had already started, actually would’ve secured qualification even if they lost.

See More: Seven Chelsea players put up for sale – with doubts of the futures of five more 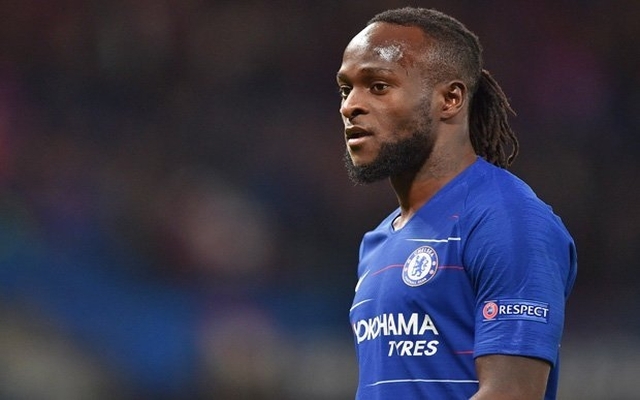 Victor Moses’ time with Chelsea is now over.

Moses joined the Blues as a highly-rated youngster in the summer of 2012 from Wigan, for a fee of around £9m per BBC Sport, but did not see very much first-team action for the West London outfit.

The adopted Londoner and Nigeria international had Premier League loans to Liverpool, Stoke, West Ham and short-term spells in Europe with Fenerbahce and Inter Milan during his time on the books.

Moses made 128 appearances for the Blues, scoring 18 times and chipping in with 10 assists. The ace’s best football of his career came as part of the title-winning side under Antonio Conte in 2016/17.

Moses has seen the majority of his action with Spartak as a wing-back this term, the energetic ace has scored four times (one coming on the final day) and contributed four assists.

As I touched upon last week, this is once again a decent bit of business from the Chelsea team that handle sales, they’ve netted £4m for someone who last played for the club in October 2018.