Though it would’ve still been a stretch for Barcelona to have won La Liga this year after recent results had all but ruled them out of the race, there was still an outside chance had the Blaugranes beaten Celta Vigo on Sunday.

However, just like against Granada, Levante and Atletico Madrid, the Catalans dropped points, and with it went their hopes of victory.

After doing incredibly well to even get Barca back in the title conversation, when it came down to it, Ronald Koeman just couldn’t win any of the games which were of significance to his club.

It’s that lack of direction in the games that matter that will, ultimately, see the Dutchman relieved of his duties by president, Joan Laporta, at the end of the season. 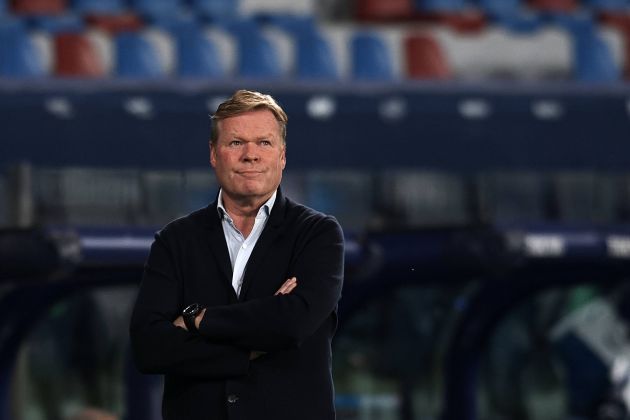 Ronald Koeman is likely to be replaced at Barcelona

According to Don Balon, it’s believed that in order to keep Lionel Messi away from the clutches of Manchester City and Paris Saint-Germain, Xavi Hernandez is the Argentinian’s preferred choice of new manager at the Camp Nou.

Even that may not be enough, unless Barca sign the players that will see them challenging for the top honours over the course of the next couple of seasons.