Tottenham chairman Daniel Levy is hoping to bank as much as £175M through the sale of Harry Kane, according to The Sun.

News broke this evening via Sky Sports that Kane had decided he wanted to leave Tottenham, has informed them of his decision to do so, with Manchester United, Manchester City and Chelsea all interested.

The worst case scenario has become the reality for Tottenham fans, with their talisman finally deciding to place his desire to win major honours above the loyalty to the club which has facilitated his growth into one of the world’s finest. 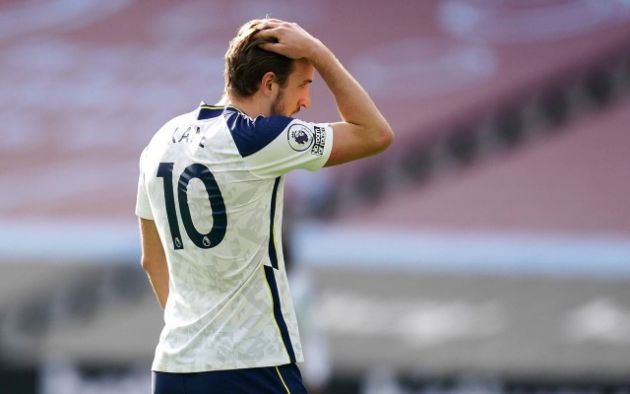 Harry Kane has reportedly asked to leave Tottenham this summer.

While there is no getting away from the heartache Kane’s departure would bring, a healthy sum of money in return, the kind which would give them the chance to completely revamp the squad, would soften the blow (because that went so well last time).

The Sun report that a ‘healthy sum of money’ in Levy’s eyes is £175M, which is his valuation of Kane, the price he’d like to quote when contacted by any clubs interested in signing the striker.

The report does note that the coronavirus pandemic makes paying that sort of sum implausible for many clubs, so it remains to be seen if Levy would budge on that figure if Kane began to push towards the exit door.