It was one of the highlights of the Premier League weekend when Alisson Becker rose like a salmon to power home Liverpool’s winner at West Bromwich Albion.

Though the result was harsh on the hosts, with Sam Allardyce fully justified to feel aggrieved at one or two decisions, no one can take away the quality of the Liverpool custodian’s finish.

Not anywhere close to being a lucky header, Alisson rose and twisted in mid-air to send the ball into the opposite corner.

It was majestic, and talkSPORT‘s Ally McCoist was just one former centre-forward who was impressed. 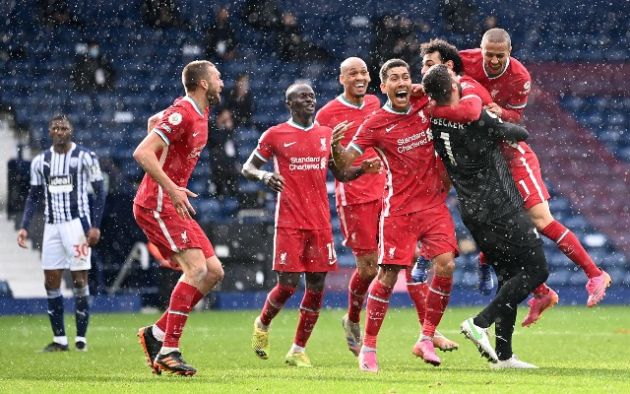 “It was slightly behind him and I think Klopp is 100 per cent calling it insane technique, but I don’t think he really did it justice.

“It was genuinely a centre-forward’s header, and I mean an old fashioned one, like somebody getting above a defender and directing it towards goal.

“It was a tremendous goal, it really was.”

With two games left to play of the 2020/21 Premier League season, who knows how important those extra two points will be for Liverpool in their race for a finish in the Champions League places.

If Jurgen Klopp’s side end up getting in through the back door, it will surely be one of the most important strikes that any member of his squad has ever scored.