Jadon Sancho in a Manchester United kit? No, sadly, we haven’t seen any real images of it yet, but one fan thinks it’s a look that would work for the Borussia Dortmund star.

See below for a mock-up of Sancho in United’s home and away strips for next season, which, admittedly, does work pretty well… 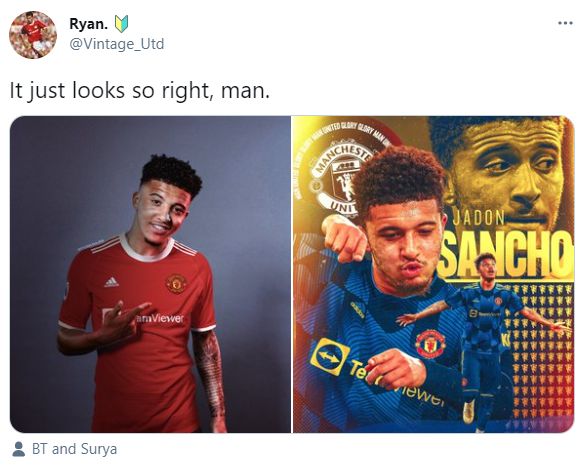 Sancho has long been linked strongly as a top target for United, and he’d be a hugely exciting signing for the Red Devils if they could pull it off.

However, the England international has also been linked with the likes of Liverpool, Bayern Munich and Real Madrid after his superb form in the Bundesliga.

Man Utd fans, however, clearly seem to be eagerly awaiting the day they can see Sancho posing in their colours.