Marcelo Bielsa is often linked with signing South American players and the latest name to be linked with a move to Yorkshire is Cagliari midfielder Nahitan Nandez.

Nandez, 25, joined Cagliari in 2019 after making a £15.3m move from Argentinian side Boca Juniors.

Since joining, the Uruguayan central midfielder has gone on to feature in 71 matches, in all competitions, contributing to 11 goals along the way.

Widely regarded as a solid all-rounder, Nandez is rumoured to be a long-standing target for Bielsa’s Whites.

Although it was originally reported by the Italian press that the 25-year-old midfielder has a minimum release clause of just over £31m, new reports suggest that is no longer the case.

The latest comes from a written report by Corriere dello Sport (via Sports Witness), who claims that although the midfielder does not have a release clause, his recent fine form sees Cagliari value you at £21.5m.

Should Leeds United follow up their initial interest and manage to land Nandez in the summer, the 25-year-old will become a welcomed addition to the Whites’ squad as, in their current form, they desperately lack out and out midfielders. 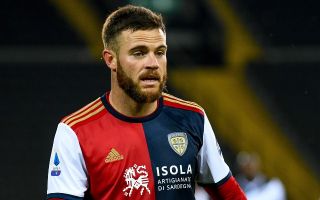