Liverpool have scored yet another stoppage time winner after Alisson’s stunning header to seal yesterday’s game against West Brom.

The Reds goalkeeper kept the club’s top four hopes alive with a memorable late run forward as he headed home a corner to snatch victory at the Hawthorns.

It’s not often we see goalkeepers scoring, with Alisson only the sixth to do so in the Premier League, but Liverpool grabbing winning goals in time added on is nothing new.

Remarkably, they’ve done it a *lot* more than anyone else has. See below for the stats in full… 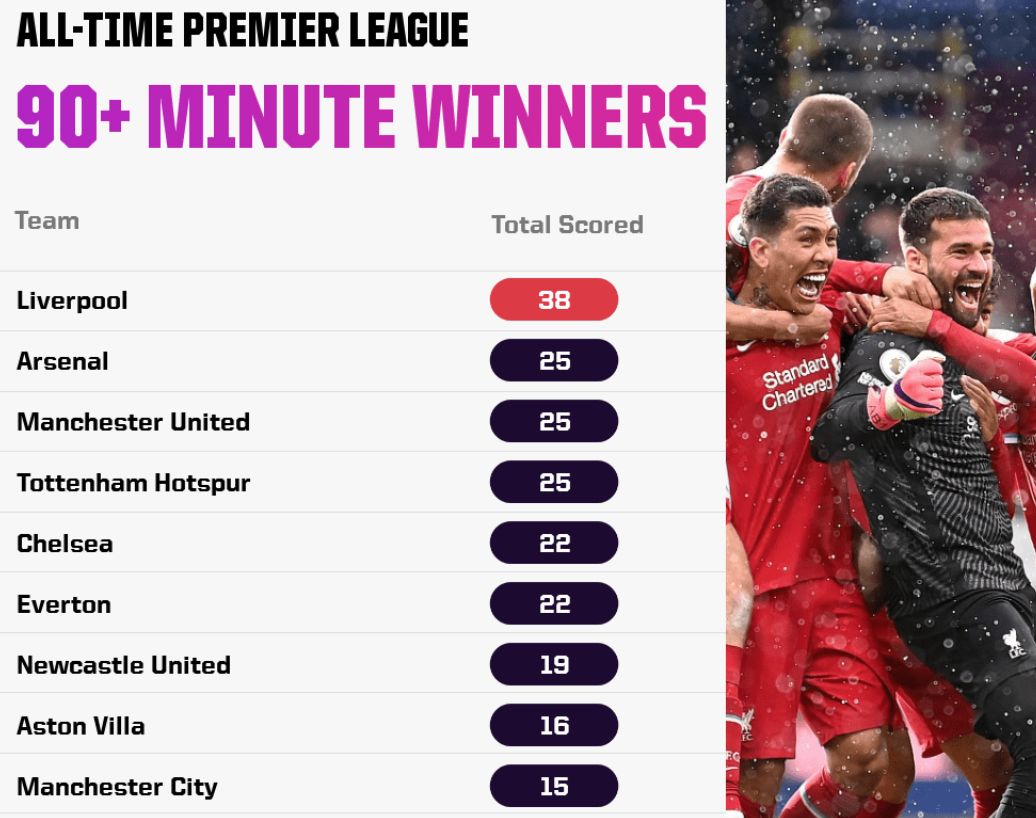 We tend to associate Manchester United with dramatic late goals in “Fergie Time”, but they’re 13 goals behind rivals Liverpool on this.

Of course, this is winning goals in stoppage time, rather than just goals, so perhaps Man Utd would be ahead if equalisers were counted too.

Still, it’s hugely impressive from Liverpool as they once again show their character to keep on going when it comes to chasing a winner.