It was looking likely to be one of the transfer sagas of the summer, however, it appears that Erling Haaland himself has narrowed down the possibilities of where he’ll next be plying his trade.

The superstar striker has continued to bang in the goals for Borussia Dortmund, and the question has never been if he will move from the Bundesliga giants, but when.

Both Manchester City and Chelsea seem to have done quite a bit more than register their interest, and as Don Balon note, Haaland sees that as a lack of respect towards his current employers. 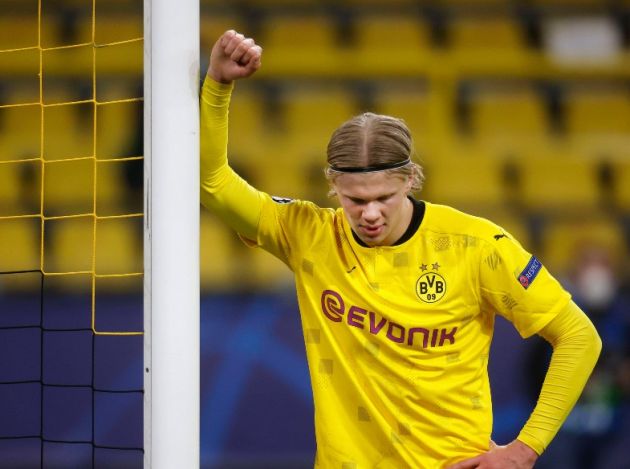 Erling Haaland is being linked with the biggest clubs on the planet.

He would appear to have made it clear that he won’t move until this time next year, and the two teams who would seem to be in pole position for his services now are Real Madrid and Barcelona.

Joan Laporta and Florentino Perez will be delighted by such a turn of events, more so because they’ll be able to acquire him for his €75m buyout clause, which is roughly half the price Dortmund were demanding to let him go this summer.