Arsenal and Manchester United are both eyeing up a potential transfer deal for Bayer Leverkusen winger Moussa Diaby this summer.

The talented 21-year-old has shone once again in the Bundesliga this season, and CaughtOffside understands his performances have attracted interest from the Premier League.

Arsenal and Man Utd are both expected to try strengthening out wide this summer, and Diaby is one of the players being considered at the moment after his impressive return of 10 goals and 13 assists in all competitions so far this season.

MORE: Another big name to follow David Luiz out of the exit door as Arsenal wait for transfer bids

Capable of playing on either flank, and even occasionally as a wing-back, Diaby looks like he could soon be ready to make the step up to a bigger club, though CaughtOffside understands Leverkusen won’t let him go on the cheap, with a fee of at least £45million required to convince them to sell.

That could end up being a bargain for United, however, as they look at cheaper alternatives to Borussia Dortmund wide-man Jadon Sancho.

The Red Devils are keen on Sancho, but CaughtOffside understands there is also interest from Liverpool and other top clubs, with United reluctant to get into a bidding war for the England international, who could still cost close to £100m.

Arsenal, meanwhile, are looking at Diaby and other players as they weigh up entering the market for an attacking player due to Willian’s likely departure at the end of this season. 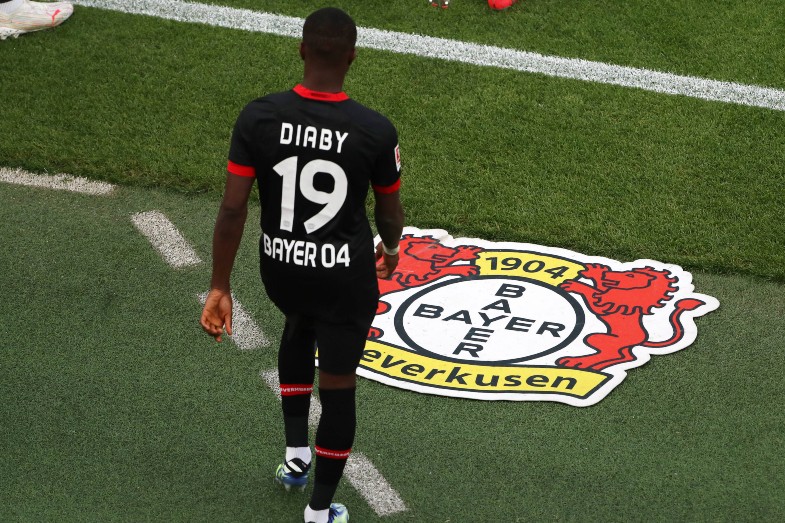 The Brazilian has proven a major flop at the Emirates Stadium and it’s easy to see why Arsenal might view Diaby as an important upgrade in that area of the pitch.

It’s also not been the best season for Nicolas Pepe, while Martin Odegaard’s long-term future remains uncertain after his loan move from Real Madrid in January.

Diaby has a contract with Leverkusen until 2025, so there’ll be little pressure from the club to sell the Frenchman unless their demands are fully met.

It remains to be seen how much of a priority Diaby would be for Arsenal or United, but he certainly seems a fine player worth considering after his recent performances.