Here we are with another big football tournament just around the corner, and, surprise, surprise, an England manager is being questioned over potential squad selection.

It’s believed that Gareth Southgate will take the decision to leave Liverpool’s Trent Alexander-Arnold out of his upcoming England squad for the European Championship.

The Athletic suggest he’ll be a casualty as Southgate doesn’t believe his form has improved enough since he was first dropped from the national side.

Indeed, for all of his excellence, the 22-year-old has only really played himself back into form of late. 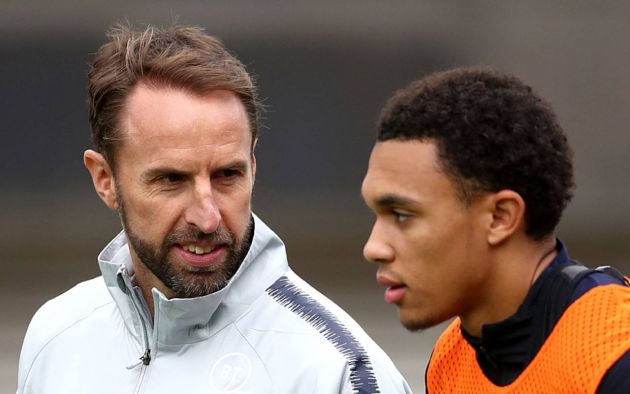 For the majority of the campaign, much like his Liverpool team-mates, the right-back has been well below the standards he is capable of.

Managers, whether for club or country, live or die by their decisions, some of which are proved to be correct, others which can come back and bite them.

However, Southgate has been a breath of fresh air in the England job, and has stuck with his belief of picking players in form rather than just the ‘big names,’ as so many of his predecessors have done.

He has earned, and deserves the respect of his peers and the wider footballing public, as he aims to guide the Three Lions to their first major championship win since 1966.